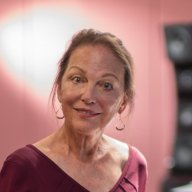 Thank you for your many thought-provoking responses to the previous thread, “SPACE: THE FINAL FRONTIER”. This thread ties together some of these ideas.

Microstrip said: “Unless people understand that the objective of sound reproduction is much more than just the enjoyment of people looking for resemblance with their own experience listening to live music, they will always get a very limited view of this hobby.”

I certainly have observed over the years that high end audio has a large following of people who are just as interested or in some cases more interested in audio technology and in experimenting with sound as they are in putting together a system that provides music listening pleasure. If you have a penchant for technology and sound experiments, countless pages already exist on WBF and other forums to fuel your curiosity about what other people think regarding the sonic characteristics of new components and audio technologies. These pages are different. These are more like the preface to a book on how to put together a great sounding system. If you are one of the lucky few who has already obtained that goal or you are close to it, I hope you enjoy reading and talking about some of the things you have done right to get there.

Our industry is able to offer a constant flow of new products that sound different from each other. The press sustains itself on a rich diet of different components to talk about each month. For whatever reason, though, most members of the press no longer seem to have enough conviction or the ability to explain whether those differences also result in a higher level of fidelity, as in fidelity to music.

The term high fidelity has morphed into “hi fi” — a term that no longer seems to be informed much by a reference to live acoustic music. Sound of Tao suggests that achieving the type of sound suggested by the current assortment of hi fi words emphasizes sonic details more than the overall sound of music. Rather than hi fi sound, he prefers to use the term “lo fi” when describing these systems.

Can’t we put high fidelity (as in fidelity to music) back into hi fi?

I think it’s an important step to take to build a stronger future for high end audio. There are more people out there who would like to get closer to music while listening at home than there are people who are seeking out specific sonic differences in components. It would do no harm to those seeking sonic differences if critics were more able and willing to explain differences in clear, common musical terms and relate what they hear to the overall music fidelity of the system. This approach would also serve the purpose of making the hobby more appealing to the less initiated rather than expecting them to navigate their way through a grab bag of secret acronyms or coded terms that are confusing.

This rich description of performance space by Mike Lavigne, for example, tells the reader so much more than using a hi fi term such as pinpoint imaging:

“I hear real people, or real instruments with width and depth; I sense bodies moving and a physical presence. Instruments have substance. You get a sense of a mouth moving, a chest being a part of the vocals, the instrument moving, the size of the piano, the reality of the drum kit. Degrees of these things can separate the good from the great.”

Advocating music fidelity does not mean that we should all lock into the same sound and use the same words to describe it. That would be impossible to do because no matter how hard we try, as some of you pointed out in the previous thread, we can’t actually replicate the live acoustic music listening experience at home, and we all come to the hobby with different levels of experience with live and recorded music.

Increasing the emphasis on music fidelity doesn’t mean that every hobbyist should be forced to go to live acoustic music performances, become a musician, or have a huge recording collection of all types of music. As a point of entry to the hobby, no one should be forced to study enough to be able to talk intelligently about music performances and interpretation. No one should have to research or take the time to experience what’s involved in the recording, producing, and mastering processes. No hobbyist should need to be an audio, acoustic, or digital engineer to evaluate gear. It would be wise, however, if one doesn’t already possess many of these qualifications to seek audio advice from friends, high end audio dealers, members of the review press, manufacturers, and forum buddies who have had a large measure of these types of experiences. Many of you who have frequented these pages are obviously qualified to give great advice.

Elliot G. said, “Anybody who can type or write and put a legible sentence together has an opinion about sound quality, but is the opinion informed?”

The Sound of Tao said in SPACE that putting together a great audio system requires making a lot of assumptions:

“What reflects then as a fidelity to music and the performance in its building space for me? The middle place of what probably best (realistically) represents the scale of the recording and my relationship to the sound field (assumed) and works best for me experiencing that music… but that is still an approximation within the ballpark of believability and set to what past experience of live acoustic music performance tells me to expect in that.’

‘Getting the energy of the music right, it’s fierceness or it’s flow is critical. Knowing the spirit of music and a performer and being able to sync to that easily makes a difference in also that as a representative value for some.”

There’s enough latitude in the approach that Sound of Tao describes to accommodate different music tastes and different levels of experience with music and music listening.

I hope to return to the details of SPACE and tie together some of the remaining loose ends from that discussion. As Microstrip, The Sound of Tao, and sbnx pointed out in the previous thread, we are limited by the artistic choices that recordists and producers make when they make recordings and the limitations of a 2-channel presentation to replicate 3-dimensional space. Achieving musically compelling stereo performance at home is all about compromises, approximations, and optimizations, and the discussion of what kinds of compromises, approximations, and optimizations we each need to make could be a source for endless discussion.

I can’t wait to get back from SPACE to be able to talk more about music! Lately, I’ve been listening to some wonderful recordings. Jordi Savall’s fresh Beethoven cycle on period instruments (high res digital on Alla Vox) is breathtakingly vigorous with rich and full instrumental timbres, and shockingly penetrating dynamics. I have been comparing these to Otto Klemperer’s more controlled, more dynamically nuanced, and soaring interpretations of his entire Beethoven symphonic cycle with the Philharmonia Orchestra (LP original boxed set on EMI). Maybe I’ll put my pen down and listen to both versions of Beethoven’s 5th today.
Last edited: Mar 9, 2022
Reactions: Elliot G., Ron Resnick, Steve Williams and 1 other person
You must log in or register to reply here.

Zen and the Art of Audio, Part 1

MUSIC IS FUNDAMENTAL TO ALMOST EVERYONE

A Gold Standard for Listening Evaluations