Is it bad?
Of course it is, it is digital so reduced dynamics and lack of resolution is what you get.
This is at least what the audiophile community says.
But is it true?

Obvious if a DAC is whisper quit, the difference is less dramatic.
But DACs with a -132dB S/N ratio are rare.
A bit more: http://www.6moons.com/audioreviews/resonessence/2.html
Toggle signature
The Well Tempered Computer
A

Interesting analysis. Thanks for posting it Vince. Is there more to how the figures where computed?
Toggle signature
Amir
V

Unfortunately not.
I must admit I’m a bit surprised.
I didn’t expect such a profound difference.
Toggle signature
The Well Tempered Computer

Not all digital volume controls work that way and thus do not exhibit as much degradation. Just reducing the bits in the DAC to reduce the volume is reducing resolution, hurting SNR. Some designs are "hybrid", using a DAC to control the bias or set the gain in a volume control circuit without such a huge hit.

That said, I have no idea what, or even how to find out, what sort of control is in a given component. Amir, you could measure it with your AP unit...
Toggle signature
Don
"After silence, that which best expresses the inexpressible, is music" - Aldous Huxley
Don's Technical Articles on WBF
A

It would make a good test. I will put it on my todo list.
Toggle signature
Amir
F

Frankly, all this talk about things like 104 vs 132dB S/N ratio is just ridiculous. By the time you hit 60dB down you're getting close to the limit of what you can actually pick up over speakers without concentrating pretty hard.

Get a fragment of a conventional piece of classical music and create a CD of the original, and then successivefully follow that track with other tracks of copies of the original attenuated, cut in volume, by 20dB, 40dB, 60dB, 80dB, 100dB. Play the CD at the volume you would normally use to listen to the original, the first, track, as if in a listening session. Then do NOT touch the volume control! If you can hear anything of the 80dB version from your normal listening position then you've got some pretty amazing ears!!

S/N is not relevant in this discussion. Consider the usual cases where S/N is of concern: An audio recording is delivered by various formats: CD, FM radio, audio tape, cassette. The signal would be played at the same loudness each time, but the noise levels would vary from inaudible to very audible.

In the case of the analog volume control, assuming a noiseless output stage and power amp, the signal and the noise both reduce together as the volume is turned down. If the source was noiseless at full volume, it remains noiseless as volume is reduced.

So what about the digital volume control? The DAC has a noise floor which presumably reflects the result of a properly dithered signal. If the DAC is worth its salt when playing at full volume, the noise is acceptably low, probably inaudible except in unusually quiet rooms. Furthermore, since it is properly dithered, there is no quantization noise when signals are present, no matter how softly they are recorded.

Now we turn down the volume digitally, as much as you like, 10dB, 40 dB. The noise floor remains fixed, i.e., virtually inaudible. The quantization noise remains non-existent as it is still properly dithered.

S/N has reduced, but this time the noise is constant while the signal is reduced. Where's the problem?

Tim
Toggle signature
In high-end audio, you can't even fight an opinion with the facts. 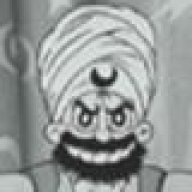 For those who may not know who Roger is: http://www.linkedin.com/pub/roger-dressler/b/879/336

I hope you'll continue to contribute.

Hopefully in Our Expert Panel

Thank you all for the warm welcome. I hope to contribute to various discussions here. I was reading this one on digital volume and it was the tipping point for me to sign up instead of merely lurking occasionally as I've been doing since WBF launched. With that, my feet are officially wet.


microstrip said:
The main concern of a pure digital volume control in consumer products is that it has to cover a much large dynamic range than considered in the table - say 60 dB useful range, 15dB for variation of amplifier sensitivity , 20 dB for speaker sensitivity and perhaps 6 dB for room effects. If a complementary system based on variable analog gain matching is needed for coarse matching, why not use it to fully control volume?
Click to expand...

No one (certainly not me) is suggesting that analog gain controls need to be abandoned. But even analog gain stages have no control on the noise floor of the electronics that follow, such as the output gain stage and the power amplifier. If the speaker sensitivity variation is extreme (20 dB) or the amplifier gain variation is extreme (15 dB), those can conspire to expose the analog noise floor to unacceptable levels.

Now add to the system a high quality bank of PEQs, like Harman or QSC. We see this done routinely in high end home theaters. Maybe noise is less of an issue there? Here, the A/D and D/A sit right in front of the power amplifier. No analog volume control between. In essence, the dynamic range / distortion / noise floor performance is exactly as would exist with a digital volume control. If anyone is complaining about this post-volume EQ topology, it is about the extra analog/digital/analog conversion cycle (that's why I bought the SSP-800, PEQ inside), not the noise floor and not the lower S/N as the volume is reduced resulting from lower digital resolution. Probably because this is a non-issue in reality.

In fact, the performance of the system would potentially improve if those digital EQ boxes could be slaved to act as the system volume control. In that case, the analog signals feeding the A/D would be a) fixed and b) driving the system closer to 0 dBFS more of the time. That would improve the low-level performance issues of arguably the weaker converter in the box, the A/D, by at least 10 dB.

Someday we will see an all-digital chain, right up to the speaker terminals. All of a sudden our attitude may change due to the compelling concept of staying in the purely digital domain from the mastering desk to the voice coil. Even though it will "suffer" the same "low S/N disadvantage" being discussed here, I somehow suspect when that day comes no one will be claiming that analog volume controls are superior in a digital delivery chain.

IMHO, Resonessence Labs totally shot themselves in the foot with their poor explanation.

Another way to consider the noise floor:

Start with a full-scale signal and 120 dB to the (integrated) noise floor (SNR). You have 120 dB of dynamic range and your ears are bleeding.
Turn the volume down 10 dB and the noise floor is still -120 dBFS (dB with respect to full-scale) so now the dynamic range is "only" 110 dB.
But, what has changed? The noise has not gotten louder, you have made the loud parts softer.

Turn the volume control down 60 dB with a fixed noise floor and now the dynamic range of the system is 60 dB, but that noise floor is still -120 dBFS. The fact that the effective SNR reduces as you turn down the volume does not have a lot of practical implications in the real world (well, it does, but not the way the original article might lead you to believe). This is true whether you use an analog or digital gain control, btw, since there is always a system noise floor to deal with. At least until you crank the air conditioner to hit 0 K, then noise is no longer an issue. There may be other practical problems in listening at that point, however.

Which one best supports both digital and analog (passthrough) sources? By definition, only the analog volume control does both. Once AV processors drop the analog signal path beyond the A-D, we may see more digital volume controls come into use.
You must log in or register to reply here.