Kills by all James Bonds on screen 370

Add to the list please!
Disclosure of Industry Participation 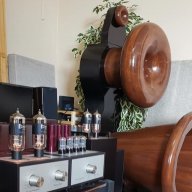 It looks like Wick has the most per movie so far. Wait... nope it's still Lee Christmas.
Industry Affiliation: Folsom

Yeah, John Wick is pretty hard to beat, for sheer rapidity, efficiency and by the numbers. The style...it's all about the high class style of his kills, @ close range, a bullet in the head (very often), and without any hesitation, without any prejudice, without any contract, ... just don't mess with his dog.
All the Very Best, - Bob --------- "And it stoned me to my soul" - Van Morrison --------- AudiophileAudition 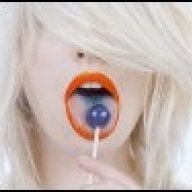 What about game of thrones?

NorthStar said:
I was waiting for something similar to that. This is an epic film series, it's very hard to count all the dead.
Click to expand...
Some actually did. Legolas tally was sth like 250.

The grand total (including those deaths not shown) was estimated at 100.000 (souls ? ha ha).
Adam

On screen kills by one guy or gal franchise character only!
Disclosure of Industry Participation

The Bride in Kill Bill v1 and v2 - 76, Only 1 kill in Vol.2
Disclosure of Industry Participation 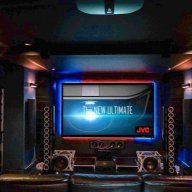 Kills by all James Bonds on screen 370

Add to the list please!
Click to expand...
I think the original Rambo was actually zero kills.
-- Bob

I was listening to Chopin this morning, solo piano, very peaceful very relaxing.
Then later on I opened the Internet, and I was just simply curious, out-of-the-blue, to check more smooth operator magician Shin Lim's tube videos.
I'm in a smooth mood, so I stay away from the news.

Ok, I watched some more Shin Lim's magic card tricks, including a revisit to his winning 13th AGT's performance with the four judge's comments. You have to see it.

Then by accident I stumbled on Jack's thread, this one right here, where I'm writing this.
So again my curiosity made me check further on the Internet in a totally different direction.
And why not, I love films...even with high body counts. LOTR is one of my favorite fantasy adventure epic trilogies of all time, including Sergio Leone's Once Upon a Time ... trilogy.

Violence in films was not big hundred years ago as it is today with Lee Christmas, John Wick and Guardians of the Galaxy film franchises. There is some interesting history on this subject from the vast Internet's library.

Blade, The Matrix, ... movie franchises are heavy on body counts...vampires and agents.

Some of you I'm sure also checked on the Internet just like I did and found some interesting links on the subject...Franchise Killers (Highest Body Count by a group or a single person onscreen).
A one person only, on a single film, or in a series of films from the same franchise...same character actor...like John Rambo, like John Wick, like Lee Christmas, ...with the most kills; I got few entries from searching.

• Uma Thurman is deadliest woman with 77 on-screen kills.
• 150 of Tomisaburo Wakayama's 226 kills came in the film "Lone Wolf and Cub: White Heaven in Hell" (1974). It is considered the highest kill count by any one person in a film.

Jack said:
LOL
On screen kills by one guy or gal franchise character only! :b
Click to expand...
When an entire planet or galaxy is sucked into a black hole with twenty trillion human lives, it's very tough to see all the onscreen body counts. :b

Lloyd said:
Then there's when the Death Star eviscerated a planet. Or Star Trek when the planet Vulcan was destroyed by Nero and the entire population wiped out but a handful.
Click to expand...
• https://www.slashfilm.com/most-deaths-in-movies/
• https://www.theguardian.com/film/20...alaxy-deadliest-film-83871-deaths-jrr-tolkien
Last edited: Sep 21, 2018
All the Very Best, - Bob --------- "And it stoned me to my soul" - Van Morrison --------- AudiophileAudition


Not bad going John Wick #3 (almost $150 million on the first weekend).
It went over even the highest expectations. It surpassed the previous two John Wick by a large margin.

rblnr said:
I think the original Rambo was actually zero kills.
Click to expand...
Nope, you forgot about Galt.