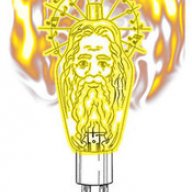 I teamed up again with another "partner in audio crime" Vinnie Rossi, in Room 528, along with Mark Sossa of Well Pleased AV. Vinnie had his new, beautiful bespoke L2i-SE integrated amp coupled with QLN Prestige Three SE loudspeakers and an Innuos Statement Music Server.

The audio webzine, Audio Resurgance, made the following statement on the performance of my cables at Capital AudioFest as follows,
"Which brings me to a point that occurred to me as I was getting ready to wrap up for the day on Friday. It’s really tough to make a judgement on cable performance at an audio show, when pretty much everything you hear emanates from a combination of equipment that you’ve probably never heard before, and it’s all happening in a room that you know is far from ideal.

But I know from my many years’ experience with QLN speakers that they thrive and come alive only when fed by high quality components working synergistically with top quality cables. Yet I’ve had a lot of different high-end gear hooked-up to my QLN’s over the years and they’ve never delivered quite the same degree of sonic transparency that I heard at the show. That tells me everything I need to know about the electronics, and just as importantly, the wire. As far as my ears are concerned, the Triode Wire Labs’ cables imparted no sonic signature of their own on the sound of this system, and took nothing at all away. This impression was supported later in the show when I encountered other top performing systems with…. low and behold…. Triode Wire Labs’ cables.

So I’m dishing out my first award for a manufacturer at Capital Audiofest – and it was the easiest award decision I’ve had to make." More info here... CAF Review 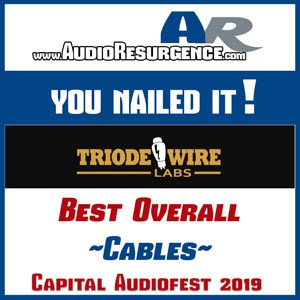 I also received the following award from AV Showrooms on the Frederick Room Performance, which had the following equipment, loomed together with all Triode Wire Labs cabling - 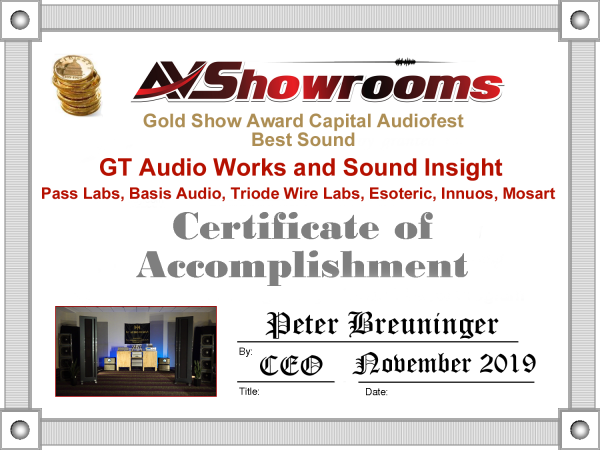 Come see us next month in Tampa at the Florida Audio Expo, February 7-9, 2020. Come thirsty since we always have a large selection of cold beverages as well as some warmer "Single-Malt" & "Bourbonesque" libations! 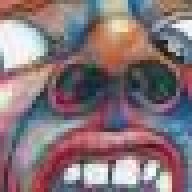 Definitely check out the great sounds at the Florida Audio show Feb 7-9 in Tampa if you are in the area.
Toggle signature
Veni, Vide, Velcro - I came, I saw, I stuck around.
V

Remember at the Tampa show last year I introduced the Rival Type II cabinet? This year will be even more dramatic. The new Rival is called the 2020 Rival Special Edition (SE for short). This model will be a limited-run production that has really cool curved sides, premium veneers, and all options, including matching curved-sided external crossover boxes and TWL internal wiring.

Let's Have Fun! at this show!

Greg
You must log in or register to reply here.

A new TWL review on the "Discrete" USB and "Freedom" ethernet digital cables!