A Beginner's Guide to Computer Audio

John72953 said:
I love your site by the way. I'm always recommending it to others. Well done!
Click to expand...

I do think dbPoweramp is very easy to use
I’m a J River fan boy so horribly biased: http://thewelltemperedcomputer.com/SW/Players/MC14/MC14_audio.htm
Toggle signature
The Well Tempered Computer

My results for secure ripping


amirm said:
I recently did an ad-hoc test for reliability of rips. I ripped on multiple machines, including a nearly 10 year old box. I tested new discs and old. I ripped multiple times and did a binary compare. I could not find one instant of rips being different.

I also spent many hours searching online trying to find anyone who had shown rips to not be the same using standard techniques. That also left me empty handed.

So while a rip that is not accurate can have serious issues, the probability of it happening seems exceedingly small based my research above.

BTW, I did my testing in "non-secure" mode. And per above, still couldn't get it hiccup.
Click to expand...

I've written about my tests on several forums including AudioAsylum and Computer Audiophile.

I compared files ripped from CDs using EAC, J. River MC and dBpoweramp in their secire ripping modes. I didn't rely on listening tests but did byte comparisons of the audio streams in the ripped files.

2. I've taken good care of my CD collection. Very few CDs had sizable flaws. About 3-5% of the CDs had at least one area where two passes produced different results (and the ripping software used additional passes to choose the right result.) This suggested that a single pass non-secure ripping method might produce a different result than a secure method for those 3-5% of my CDs.

3. No-Problem CDs - I compared a number of audio files where I ripped CDs with JRMC, EAC and dBpoweramp where multiple passes found no differences. I found no differences in any of those files. If secure ripping worked for one ripping program, it worked for all of them. Once I had compared results from ripping over 30 problem-free CDs, I felt I understood this part of the problem and just did periodic sample checks.

4. CDs with Fixable problems - For most of the 3-5% where multiple passes produced different audio streams, additional passes produced a consensus result on the correct audio stream. Results from JRMC, EAC and dBpoweramp were the same in every case I tried. Since the number of CDs in this category was lower than for problem-free CDs, I went on comparing results between rippers for these CDs for some time. I have not heard any obvious glitches in the music files where JRMC was able to ripp the CD with confid3ence in the result. I also listened to the result of a single pass rip on a few of these CDs. The glitches were often quite audible and impossible to ignore.

5. Hard core problem CDs - About 1-2% of my CDs could not be ripped with confidence in the result by JRMC. In no case was EAC or dBpoweramp able to produce a successful result if JRMC did not. I continued to test every such problm CD I encountered until I was most of the way through ripping my 2000+ CD collection.

6. In about half of those bad rips, there was at least one clearly audible glitch. In the other half, these wasn't any obviously audible problem.

7. Ripping with a different DVD drive sometimes allowed the ripped to get a successful result on a hard core problem CD.

8. There was no clear correlation between the appearance of CDs and whether they could be ripped with confidence in the result.

A. Ripping a lot of CDs is a tedious process. I wanted to do it once, get it right and never have to do it again. Secure ripping is worthwhile to me because...

B. It is important to me to know which rips were successful and which were not successful. JRMC, EAC and dBpoweramp all have secure ripping modes that provide that information. (The versions of iTunes I tested had a an error correction setting but in that mode, iTunes did not provide any indication of whether a rip was not successful in producing an error-free result. I heard very audible glitches in some files produced by iTunes with error correction turned on.)

C. When a rip is not successful, I want a report on the tracks and time periods in them that could not be ripped with confidence. I can listen to those spots and use an audio editor like Audacity to find and remove the very short glitches. JRMC, EAC and dBpoweramp all provide such a report.

D. For 2-4% of my CDs, secure ripping gives me a good rip when a non-secure method might not. Since I own those CDs, I want to get error-free rips so that I can enjoy the music played from JRMC.

E. I have not heard any evidence of consistent read errors where the ripping program read the same incorrect audio data on every pass. 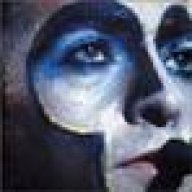 John, I've been using Media Monkey for years, mainly because of its extremely friendly user interface. I also have J River but stick to Media Monkey for ripping. Now for playback, J River in a heartbeat.
Toggle signature
Peace. 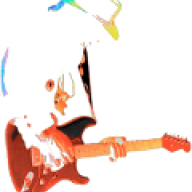 John, I've been using Media Monkey for years, mainly because of its extremely friendly user interface. I also have J River but stick to Media Monkey for ripping. Now for playback, J River in a heartbeat.
Click to expand...


What makes it your preference? Is it the interface and visual aspect or the ease-of-use?
Toggle signature
I love the smell of vinyl in the morning!
John Adrian Spijkers - "Live Life! Leave A Legacy!"
Dynavector DV20x2L - Genesis G7.1f - Marantz Reference PM KI Pearl - Nitty Gritty 2.5Fi - Oracle Paris Mk.V
You must log in or register to reply here.

A Long Overdue Addition to Our Family: the Artesania Audio 3-level AV rack in black

How Hi Fi Has Become a Standard Unto Itself

A
A Visit to Hear Vlad's System