You are using an out of date browser. It may not display this or other websites correctly.
You should upgrade or use an alternative browser.
N

Ran 2x 10gauge, 20amp line and installed Furtech GTX-D outlets, one dedicated for the amp and one for the source components. When comparing the standard wall outlet to the dedicated, it was night and day. It was like going from 2 dimensions to 3 and big improvement in the bass. Like many have said, it's not a subtle difference but I wonder how much of it is the dedicated power and the outlet. Is it worth also upgrading the GTX Wall Plate and Carbon Fiber Cover?

Another issue is that the amp is tripping the breaker when I get close to playing above 95db or approaching 100db in my 17'x13'x10' room. Speakers are 87db sensitive and the S202 amp is 200watts. At a listening distance of around 9ft from the speakers, it seems like the amp should not be drawing THAT much power. The electrician that installed the lines mentioned I had plenty of power at the panel left. In the previous home, I could easily play above 100db, albeit in a little smaller room and never tripped a breaker. AND that was just standard outlet(s) that included my HT system - 5 channel amp, TV, 2 subs, etc. all connected to the same circuit.

Yes, this happens sometimes with power amplifiers. It's difficult to pin point where the issue is, since there are too many variables to start with...

However, since this is all based onto one phase, single mains board, there's something drawing too much AC power that's causing that CB to trip.

I had a very similar issue back in hometown and found that although the CB's were high current, 20A circuits to the wall, the power cord was the culprit! The power cords were only capable of handling 5A current, and if both monoblocks were turned on fairly quickly together, it would trip off both CB's!

So the solution to that was:
1. The audio system was placed onto a separate phase, totally separated from the rest of the house, thanks to that particular house having a three phase AC mains.
2. The power cords pins were upgraded to handle over 10A. Most power cords claim to handle more current but they can't, simply because of the standard pins used on such power cords have current limits. It's only when the Live pin is changed to a much larger one, that's where your higher current capacity is viable.
3. That was back in hometown, fast fwd 16yrs and now we're in Aus. The house has only single phase and I'm using only one heavy duty CB and dedicated wiring to the entire audio system. All power cords can handle the required current bring drawn and nothing trips. Unless some drunk idiot crashed into a light pole! Which actually did happen last month! The whole damn neighbour was in darkness for several hours.

Ask your electrician to re-check all other CB's located on that mains panel and perhaps off everything else and leave just the stereo on. No lights, no fridge, no washer, no cooker, just the audio. Then play as loud as you want and see if it still trips... if it does, then something is not quite right with the main power amplifier. Looks like it's either drawing too much current or causing some sort of DC off-set.

I'm not sure but if this power amp worked just fine at your previous place and never tripped, looks like the AC mains wiring was a good layout. Obviously in this new place the layout maybe quite different and something else is clashing / sharing with the current intended solely for the audio.

You'll have to investigate this closely and find the culprit. Sometimes changing electricians actually helps too! 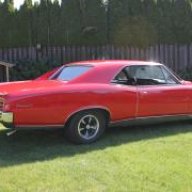 You should not be tripping a breaker with the equipment you have. There is a chance that the breaker on that circuit is weak and is tripping early. Did the electrician install new breakers or use ones already in the breaker panel?

If trying a new breaker does not work, I would have the amp looked at.

Anything else in the system change since you moved to the new place?
Toggle signature
Sean
Reactions: thedudeabides
K

may you I ask what amp ?
can you swap breakers used ?
can you use the front end power for amp and vice verser ?
You must log in or register to reply here.

T
Need help in AC for my sound room

Power delivery from panel to component