Well, nothing prepared me for Genus. I knew it is good, I knew it is excellent, I have heard it is killer amp, yet nothing compares to listening. How come this “little” baby sounds this extraordinary !?

This really is end game amplifier for many, for most audiophiles on a budget. So real, so balanced, no weakness at all, no excuses whatsoever. Many, many pre/power expensive interconnect combos will be ashamed.

Stavros loves his babies and understandably so. This is impossible act to follow. The very entry level products sound so great ! And I have listened to almost all top AC products before Genus and Helene. Usually you are not so excited with less expensive products after listening to top level.

Nothing like this with Aries Cerat, I am thoroughly impressed, or should I say shaken by the sound quality of baby Aries Cerat components. It is easier with unlimited budget, but to create uber high end products so affordable for many, it is a masterpiece work , it is dream come true !

This fabulous journey in Aries Cerat world is like best fairy tale. For grown ups, or may be not fully grown ups.
Deep respect to Stavros, out of this world designer at his best form. It is not a complement, but truth itself. 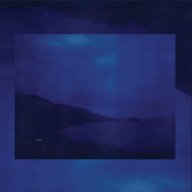 Yes, I pick the products carefully. I can recommend them wholeheartedly ! And price is right also, for the quality you get.
Toggle signature
Distributor of fine audio, including Aries Cerat, Dan D'Agostino, MSB, Magico, Wolf von Langa, etc.
Reactions: bmarq 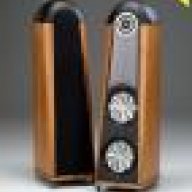 I might get a Genus for my next headphone rig but would like to use headphones only connected to the speaker taps to get the full 25w.
I will ask Dana cables to build a special cable for me with spades at the end instead of 6.5 jack of 4 pin XLR.
I'm wainting for Hifiman to come up with a Susvara V2 for this project.
This will be an end game headphone rig as i might have to put on hold my speaker rig project for some years unfortunately.
Cheers.
Toggle signature
Speaker System : Thiel CS 3.7 - Vitus SIA-025 Mk2 - Aqua Formula xHD Rev 2 - Aqua LinQ - Paul Pang Quad Switch - Audioquest Niagara 3000 - Farad Super 3 LPSU - Sbooster Mk2 LPSU - Cardas Clear Beyond IC and SC - Audioquest Firebird power cables - Mad Scientist Black Magic LAN cables - Paul Pang Platinum-M LAN Cables - SOTM ISO CAT 6 - CS2M 1.0 under Aqua LinQ & Formula - SR Purple Fuses - 2 LessLoss C-Marc Firewall 640x - Qobuz + Tidal. 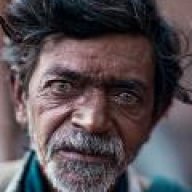 Thieliste said:
I'm sure no one has experienced driving a pair of Susvara directly from speaker taps of the Genus
This is the next level in headphone listening.
I did try my Kennerton Odin 2 years ago at Munich from the Genus headphone output, it was good but not mindblowing.
Speaker taps is the way to go for ultimate headphone experience.
Click to expand... 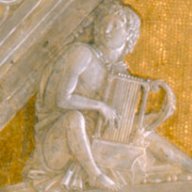 Hello everyone,
(I think here is a better place for this post - and BTW would you please my bad English...)

I have at present a combination made of Aries Cerat Incito preamp + YBA Signature Classic stereo amplifier (70w).

Would a possible upgrade towards an Aries Cerat Genus 25w integrated amplifier make sense
- either with my Analysis Epsilon ribbon panels (DETAILS hereafter; acoustics OK; neighbors; low to moderate levels),
- or with Harbeth M30.2 40th Anniversary (other system, excellent acoustics, no neighbors, may play louder, though moderate levels suit me most of the time)
?

Or would a Genus be totally overkill with both of those speakers?

You will tell me that a higher sensitivity speaker would be better. I know. But it is not in the agenda.

DETAILS​
Analysis Epsilon ribbon panels - absolutely fabulous panels (beat all Apogee models, and are perfectly reliable):
85dB, flat impedance curve, easy to drive, 4 or 5 Ohms, linear.
crossover point of 650Hz, a common nominal impedance of 4 ohms and 86dB sensitivity, [...] With a minimum rated power requirement of 50 watts, says the manufacturer; but I listen to low to moderate levels.
The very flat impedance curve of the [ here Omega] speakers renders them friendly for high-quality, mid-powered tube amplifiers. While the U.S. importer for Analysis Audio prefers to demonstrate the speakers with 60-watt monoblock tube amplifiers in his showroom (http://v2.stereotimes.com/post/analysis-audio-omega-loudspeakers)

Harbeth M30.2 40th Anniversary, measured at 87dB by John Atkinson
That gentleman from Philipines trying a Genus with his Harbeth c7es; of course, it's not because this videos exists that the combination makes sense; obviously, he was experiencing:
I note that Herb Reichert used quite good amplifiers (Line Magnetic, Pass, Leben) with the Habeth M30.2 Anniversary he then evaluated as a Class A speaker. The M30.2 may look like ludicrous little British boxes, but they are really fine speakers indeed; limited for sure, but they play just right (if not in the same league at all as Analysis ribbon panels).

Some context:
I heard the Genus with the excellent high efficiency 93dB swiss speakers Stenheim Alumine Two, alas in bad conditions (audio show). It was remarkable, though the system's setup was not totally my taste. It was the only occasion I heard the Genus.

Then I heard the whole Aries Cerat system with the Conceros amplifiers in Aries Cerat's room in Belgium some years ago, at a time the importer had no distributor yet ( = Aries Cerat Symphonia horn speaker + Kassandra + Incito preamp + Concero)
That was by far very the best sound of all my life. I confidently can say that I had NEVER heard such a thing before, neither thought that it was just possible... (I attend classical concerts, which are my only reference, and this makes me insanely demanding with my hifi...).

So I know what AC is capable of, in absolute terms; though I have thus never fully digged into the Genus' potential...


Practically, on the other side,
my Incito preamp + YBA combo would partly finance the Genus. But only partly. Then I get a 67Kg tank ( = the Genus) that I cannot move alone...

Oliver, hopefully @Aries Cerat Stavros can weigh-in on your query.

Hope Stavros can enligthen us if our speaker choices would be driven well by the Genus.

I am assuming it will given the size, amount of transformers and circuit design but it would be great to hear from the designer whether it would be optimal or would hamper the performance envelopes of both speaker and amp.

I also am not aware of the damping factor of Genus but SETs typically have lower DF which commonly is not a good match for lower sensitivy speakers.

Genus is successfully matched with lower sensitivity speakers, with the limitations of course of max spl that you can get from 25W. Other than that, the systems around the world include speakers from SF (low sensitivity) to mid and high sensitivity.

Verity can go rather well with our 25W amplifiers, we had a client that have Concero 25 with (i think) Parsifal.

The Analysis ribbons are quite flat as load and easy load in that regard,but inefficient. It is again a matter of music material,listening distance and spl preference. @oliver, i think you are listening near filed, am i correct?

Genus is successfully matched with lower sensitivity speakers, with the limitations of course of max spl that you can get from 25W. Other than that, the systems around the world include speakers from SF (low sensitivity) to mid and high sensitivity.

Verity can go rather well with our 25W amplifiers, we had a client that have Concero 25 with (i think) Parsifal.

The Analysis ribbons are quite flat as load and easy load in that regard,but inefficient. It is again a matter of music material,listening distance and spl preference. @oliver, i think you are listening near filed, am i correct?

Thank you for that very helpful information Stavros. I think the model is the Verity Sarastro’s 2, 93db. Not far in sensitivity from Parsifal.

I am encouraged to hear Genus can work well with mid sensitivity speakers. I shall definitely give the Genus an audition as I do not play loud in 30 sqm listening space with lively acoustics.

Thank you very much.I appreciate it.

Aries Cerat said:
The Analysis ribbons are quite flat as load and easy load in that regard,but inefficient. It is again a matter of music material,listening distance and spl preference. @oliver, i think you are listening near field, am i correct?

Hello Stavros,
You are correct, I sit relatively close to the speakers:
- (Room 1, see my signature) -> at approx. 2,5 m from the Analysis Epsilon (w. pre Incito + power YBA 1 signature Classic). But that room is in town, with neighbors. Low to moderate levels mandatory. Room acoustics is OK to nice as long as I deploy my SMT S-wing diffusors (which requires a certain setup, as the room is a living room: the SMT diffusors have to be removed after attentive listening; they roll).
- (Room 2) -> at approx. 2,15 m from the Harbeth 30.2 Anniversary (+ Marantz PM-16, 80W). Speakers are 3m away from the rear wall. Room 2 is in the countryside, no neighbors. It has terrific acoustics (former stable, with little curves on the ceiling, solid masonery, carpet on the floor). Here I play unconsciously much louder than in room 1, which it's really fun (even if the system is not as good), but quite in another way than in room 1.

REM: Room 2 was quickly setup after COVID, to survive musically speaking, and to explore the acoustic potential of that room; it turns out that it is indeed high ! I sometimes wonder if I shouldn't swap the systems and move the (big) system of room 1 into the better room 2, where I also feel free to play louder. I will consider that later, as it would be a big moving...
In Room 2, the honest 2nd hand Marantz PM-16, 80W, does the job, surprisingly well BTW. I pump up the volume untill 10 or 11 AM, which I guess says absolutely nothing about the effective power delivered; this should be measured with a watt meter; it will be my next step: I have to know exactly how much watts I use in Room 2, where I play much louder than in room 1.

Depending on impedance selector switches.it ranges from 8 to 25
You must log in or register to reply here.

Aries Cerat Forum May 13, 2022
Azjya
A
A
Review of Helene and Incito S , from Hi Fi Advice

An Evening With Lyn Stanley