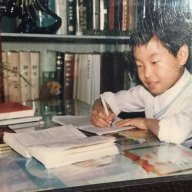 Vyda was referred by well-known member Gian here, who’s a very hard-core audiophile and got high standard for every product that passes through his hand. In the meantime he’s also a very nice guy who likes sharing knowledge and good products with forum members. I appreciate his passion for this hobby and would like to thank him for his unselfish sharing of knowledge to me.

Therefore I got in touch with Enrico who’s the founder of Vyda cables and we had a very nice first chat regarding his cables, my system and the potential synergy. Enrico is a great guy who’s passionate about his cables and obviously he knows what he’s doing. I was also impressed by the fact that he offered to send over a bunch of cables to Hong Kong for me to evaluate on the first call! Of course I accepted the offer happily.

A few weeks later the first bunch of cables arrived, including 2 powercords and 1 phono cable . The powercord is made in silvered copper conductor and the phono cable is pure silver. Build quality is first notch, maybe not on par with Siltech/Crystal cable level but is indeed decent enough compared to anything else on market.

As to the sound, I’m not used to spending huge amount of time trying to describe something that is pure subjective, so I’ll make it short.

1, Transparency:9/10. Transparency is the probably my first priority when it comes to cable evaluation, if a cable is not transparent enough, everything else is meaningless. Vyda is among the best on the market and this is very consistent across the whole product offering.

2, Speed: 9/10. After switching to Vyda, the system immediately sounds faster, more responsive and it just sounds more right to me

3, Tonal balance: 9/10. This is another area that proves its superiority. I’ve heard lots of cables and almost all of them are biased regardless of how expensive they cost, some tilted to the highs, some tilted to the mid and some tilted to the lows. However to my ear, Vyda is quite balanced, no emphasis on any particular frequency range can be heard. Another brand that is similar in this regard is Vertere from UK, which is also my reference point here. Extension are great on both ends.

4, Timbre. This is a very subjective area so I’ll just give my thoughts here. Vyda sounds very natural, to the point that when I listened to the system for the first 5 mins I was like “this is it? Nothing special…” That’s exactly what they do, they don’t try to grab your attention in any means, however the more you listen to it, the more you’ll be impressed by its transparency, speed, tonal balance etc.

5, Energy: This is another area which I found extremely important as to cables. This first cable brand that made me realize the existence of “energy” in cables is Esprit from France. When I put Gaia interconnects between my pre and power amp, I was shocked by how much more energy was released from the music, which makes the music sounds more alive and real. On the other hand, without the energy, everything just sounds flat and dull. For Vyda I’ll give 7/10 to the powercord and phono cable, but 8.5 to its pure silver phono cable and interconnect(which comes in the 2nd batch). Esprit is still the king of “energy” in my book however Vyda is not far behind and beats most of the cables I’ve heard.

6, Weakness? This is also quite subjective, however to me, if there could be a bit more energy and a bit more oomph in the mid-bass that’ll be perfect.

So, who’s this cable for? I’d say it’s not those kind of cables that knock people off the chair in the first few seconds, however if you value naturalness, transparency, vividness more than anything else, this is the cable for you.

nickif said:
Vyda was referred by well-known member Gian here, who’s a very hard-core audiophile and got high standard for every product that passes through his hand. In the meantime he’s also a very nice guy who likes sharing knowledge and good products with forum members. I appreciate his passion for this hobby and would like to thank him for his unselfish sharing of knowledge to me.
Click to expand...

Many thanks for the nice words
I buy hifi since 1973 and i know many people and i am happy if can do some for forumer in this fantastic forum with nice people
Reactions: nickif and bonzo75
G

Enrico also,owner of Vyda,is a great person
Reactions: nickif and bazelio
You must log in or register to reply here.

Phono cables - the most sensitive and critical cable in your system