You are using an out of date browser. It may not display this or other websites correctly.
You should upgrade or use an alternative browser.
E

I'm happy to announce I'm starting to offer selected tapes for digital download in 2 formats: DSD128 and 24/192kHz FLAC
This "Tatsuki Narita" is the 1st to be available...more coming soon!
https://ultraanaloguerecordings.com/new/shop/digital-downloads/tatsuki-narita/

Hope you enjoy it!

I've heard the first digital download and all I can say is that if you are a classical music fan and don;'t have a tape player , these files will serve you well.

Yay. I've often drooled over these releases and bemoaned my lack of a tape player. Something very nice to look forward to ...
E 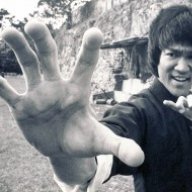 I hope that I am not asking too much.... I am a classical music neophyte. I wonder if someone with more knowledge of these violinists could give me some guidance on which recording/performance might be a good one to start with. This definitely seems like a nice way to enjoy some of these recordings if you're a person like me without a tape machine.

Thank you for your interest...!
You can see some of these performances on my YouTube channel...UltraAnalogue Recordings..
Here's a link to the Mendelssohn Concerto...(obviously, it's normally played with an orchestra, but this is with a piano playing the orchestra part..)
Here is the video of the Beethoven Violin Spring No.5 "Spring"
The analogue tape was recorded at the same time as these videos & these digital downloads are from these master tapes...
Hope this helps give you idea of the music & performance!
Enjoy
Ed
Reactions: Steve Williams

Steve Williams said:
start with this one......

These are recordings are from a live concert of the Godowsky Studies after Chopin. Godowsky wanted to make the Chopin Etudes even harder to play, so he composed a series of transcriptions where the melody is played by the left hand...& to make it even more difficult, some of these are played ONLY by the left hand...! You need to watch this to believe it...

This is the video of the keyboard camera...
The 15ips tapes were recording at the same time & these digital transfers are directly from the masters...

As Larry Toy said here in WBF:"This tape is a tour de force of piano playing. In many places I was asking myself - how can he be playing that? This tape is something very special - and before a live audience."

Please check it out: https://ultraanaloguerecordings.com/new/shop-digital-downloads/

In 2016 he played a live concert of the 24 Caprices of Paganini... with 2 intermissions, it was an unbelievable feat, never played in a live concert...

That video us here: . He's playing gut strings in these recordings, true to Paganini's time...

We also made a "studio" recording of the 24 Caprices, which has a slightly softer, more musical sound...it is these studio recordings in the downloads.

2016 was an great year for Tatsuki & UltraAnalogue Recordings, we had so much fun..

Please have a look: https://ultraanaloguerecordings.com/new/shop-digital-downloads/

These are recordings are from a live concert of the Godowsky Studies after Chopin. Godowsky wanted to make the Chopin Etudes even harder to play, so he composed a series of transcriptions where the melody is played by the left hand...& to make it even more difficult, some of these are played ONLY by the left hand...! You need to watch this to believe it...

This is the video of the keyboard camera...
The 15ips tapes were recording at the same time & these digital transfers are directly from the masters...

As Larry Toy said here in WBF:"This tape is a tour de force of piano playing. In many places I was asking myself - how can he be playing that? This tape is something very special - and before a live audience."

Please check it out: https://ultraanaloguerecordings.com/new/shop-digital-downloads/

I've watched Vadym and Alena performing at Ed's home, and I knew I was seeing one of the greatest pianists in the world. I will be ordering this tape. I keep thinking of a particular piece of music I wish Vadym would perform, Ed you know which one I'm referring to, if the stars are in alignment maybe some day we will hear it!
E

I've had some requests to hear some Sample sound from these downloads....

So I have uploaded 2 free Samples (DSD & FLAC) to the site for you to hear the sound... They are real downloads, so you have to enter info, but after you checkout ($0.00) the download is just below, so please scroll down to the bottom of the page & download the clip...

It's the opening of Danse Macabre on the "Tatsuki Narita" download...

A word about digital... DSD cannot be edited as a DSD file. I believe since all commercially available recordings have some degree of mixing & editing, all recordings available in DSD have been converted to PCM to edit, then reconverted back to DSD... to sell...

With my DSD files, there has been no such conversion, the files are directly from the digital recorder with only the metadata added, so you have a chance to hear a very pure DSD file... my sense is, it is quite analogue like...

It's not tape, but for a fraction of the cost, it is very very good... IMHO
E

I've increased the time of the free Samples to 2 minutes... this should give you a better sense of the sound character..

I have just uploaded 2 more Free Samples - Paganini Caprice No.5 in it's entirety
https://ultraanaloguerecordings.com/new/shop-digital-downloads/

Tatsuki's virtuosity & simultaneous musicality is unbelievable... you will not hear it played like this anywhere...
He was Paganini that day....

I'd like to share the story behind of one of my favourite recordings, which Steve Williams said, "I can say unequivocally that if you are into Reel 2 reel this album is not only a must have but for my ears it is truly the best tape I have EVER heard. Period. End of story."...it's a tape/download called "Tatsuki Narita"....

Just a bit of insight into this young Japanese virtuoso, Tatsuki Narita... his career is mainly in Japan & the Far East. I met him a couple years after he came 2nd in the QE Comp in Belgium... many thought he should've won... He's a passionate artist & once told me the only person who can rehair his bows is a bow maker in Paris, so every 3 months he goes to Japan to the atelier of Alain Herou. So a few years ago, I met Tatsuki in Paris just after the new year to meet Alain.... well, it was immediately, so obvious Alain's talent... Tatsuki was playing a concert in my place later in March & Alain said, "I'm coming!" Never did I think he was serious... but he came & spent 1 week with us!

This is where the story gets very interesting... I have a rare bow which was not so much liked by many violinists I showed it to... Alain after looking at it said, "let me rehair it, do some adjustments & you will see, this is one of the best bows I have ever seen".... This was Friday before the concert on Saturday.... Tatsuki played a few phrases with this bow for us… We all felt it was fine, but nothing special... then we went to my basement workshop (I also make violins..) and Alain rehaired & adjusted it slightly...
We came upstairs, he handed Tatsuki the bow & after the 1st stroke, we all looked at each other in astonishment... there was so much depth, colour, texture & dynamics to the sound... In audio, it was like we just got new tube amps! Tatsuki was shocked & so happy... with Alain sitting at the back of the hall, we decided to record these 5 pieces to commemorate our 4 years of making music together. They are literally 1st takes one after the other... Amazingly, the Saturday concert program was completely different!

First the key is really, not so much the recording equipment we’re using...(that is very important) but what are we recording? What is the source creating the sounds? Every violin is different & it's the combination of the artist, violin & bow that creates the sound & almost no one is aware of the importance of the bow in this equation!

The magic in these sounds is captured by the signal path we have built. Literally, we’ve built everything from the microphone cable to the record & playback amps for the Studers. The microphone pre-amp is the magical component that lets all of the low level signals thru which creates the naturalness & air in the recordings... this mic-pre is based on a pair of WE437a input tubes, a pair of NOS 1956 WE300b output tubes, and all silver transformer coupling….

This is the background story about those 5 tracks... Danse Macabre, Zigeunerweisen, Nigun, Introduction & Tarantella, Meditation

Magic happens rarely & I was so happy to capture it that afternoon!

Indeed Ed, that tape recording done by Narita is my favorite tape of yours

As for bows you made me a believer last year when in one of your productions by your new cellist he played a piece with one bow and then with another very old and very expensive bow. I was stunned at the sonic difference so just like in putting together an audio system where everything counts, so also itthe same for these musicians

Finally I almost passed out when you told me what some of these bows sell for
Toggle signature
Steve Williams, aka oneobgyn
There's ALWAYS another Steve Williams BUT there's only "oneobgyn"
USA Dealer of Center Stage Feet and owner of PitchPerfect Sound (www.pitchperfectsound.com)
Dealer Lamm Electronics
My System
You must log in or register to reply here.