When Genesis Technologies was founded in 1991, one of the objectives was to bring the high-end down to a more affordable level. Thus, the company founded by the designer of the IRS V started with smaller speakers, and only the tweeter was a ribbon design. The midrange was a 4-inch dome made of solid titanium - this actually turned out to be much more expensive than expected. It also beamed at midrange frequencies.

It was explained to me by a physicist why a dome (and also a convex panel) would beam. It sounds totally counter-intuitive because you would expect a light-bulb that is a dome to spread out the light more. I don't remember all the math, but he showed me that a dome would beam at any frequency that had a wavelength longer than twice the diameter of the dome whereas as a guideline a cone would beam at a frequency that had a wavelength longer than the diameter of the cone. This means that a dome midrange of any given size could only be used up to a frequency that was about half that of the equivalent cone midrange or inverted dome.

Nevertheless, the dome did sound good. It was used on quite a number of loudspeakers from 1991 to 1993. They were the Imaging Module series: IM8200, IM8200F, IM8300 and IM8300F. These were the "black dustbin" series utilizing round cabinets and a slightly sloping front. It was also used in the "high-end" line. Two of them were used in each Genesis III ($6,000 per pair when they were launched in 1993). I never got a real good answer why two midranges were used in the G-III. Later, in 1995, the dome midrange was also featured in the Genesis V.

The problem with this driver was that sticking out like that, they were prone to damage ('My wife was vacuuming near the speakers and she jabbed it with her elbow."; "The pesky nephew came running and smacked nose first into my speaker.") and a large number got dented over the years. We manufactured a big batch of this driver 10 years ago when we re-started production, so that we could support owners of these early speakers.

The tooling was lost when the supplier closed down 5 years ago. Given that it's now nearly 20 years since the speakers using this midrange was last built, and the slowing number of requests in the first 5 years for this driver, we expect that our supply should continue to last us for the next 5 years at least. Then, unfortunately it will be no more. 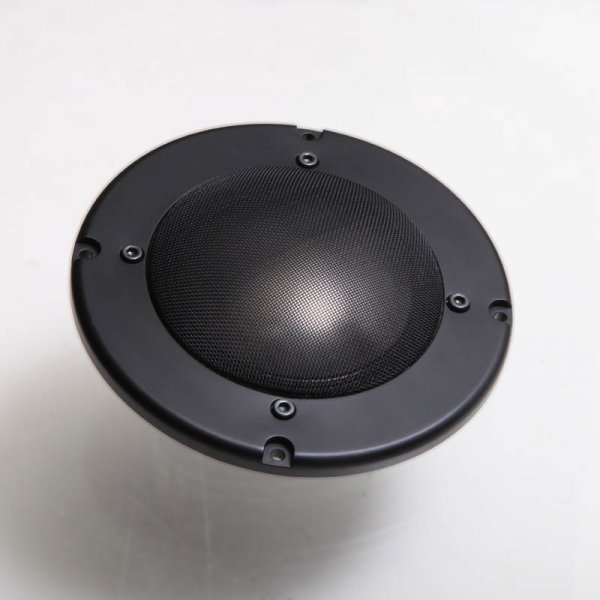 The question is wether, if upgrading to the newer 5.5" means any change in the crossover or if you can just change it for the bigger one will definetly sound better?

Hi Ricardo, I would not recommend changing from the Ti-dome to the newer 5.5-inch Ti cone midrange. They are different drivers and require different crossovers even if you could modify the cabinet to accept the new drivers.
__________________________
Gary L Koh, CEO and Chief Designer,
Genesis Advanced Technologies
You must log in or register to reply here.
Share: Facebook Twitter Google+ Reddit Pinterest Tumblr WhatsApp Email Link