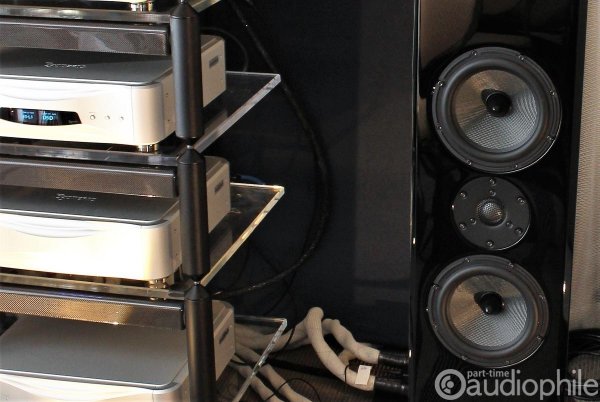 You should have heard the rumors flying around T.H.E. Show 2019 about VAC and Von Schweikert Audio. What, they’re not showing together? Did something happen between these two brands? Was there a falling out? Audiophiles have been treated to the synergy between these two brands at high-end audio shows over the last year or so, and there was an obvious reason why they’ve been snagging Best Sound at Show Awards the entire time. Every time I visit their rooms, I have to give them such accolades since they’ve obviously perfected the art of doing those Big, Big Rooms. I totally get what they are doing.

No, there’s no truth to those rumors at T.H.E. Show 2019. I know from eight years of exhibiting at the shows that circumstances change, that you tend to work with different partners over time. Both VSA and VAC exhibited in Long Beach, in separate rooms that still sounded amazing. But Leif Swanson and Damon Von Schweikert revealed another secret to the crowd. They didn’t do the “Big Room” this time, opting instead to use the Endeavor Audio E-5 mk. II speakers ($40,000/pair) with a full complement of Esoteric digital sources and MasterBuilt cabling. The big news for me, of course, is using Esoteric for the amplification as well. Esoteric makes amps? Yes, they most certainly do. 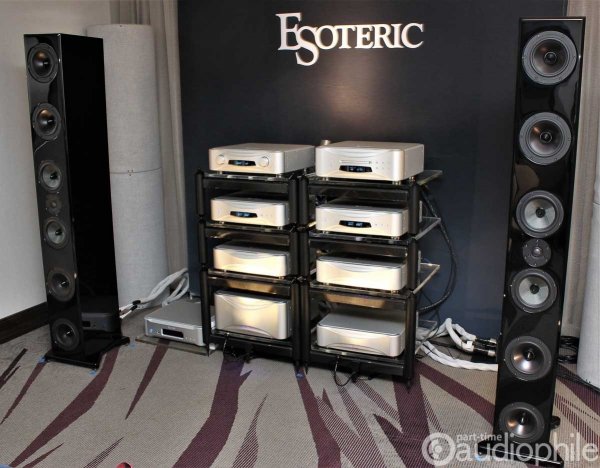 Here’s the secret: VSA is able to recreate that magic sound of theirs in a variety of environments. This system didn’t use the massive Ultra 9 or Ultra 11 loudspeakers that we’ve been seeing steadily over the last few months, but the smaller but no less impressive E-5s. I know the E-5s well–I first met Leif while we did a room share with him many years ago featuring our PureAudio amps from New Zealand. I was so impressed with the sound that I started asking Leif if he could finish my speakers in a beautiful cobalt blue, my favorite color. “Anything you want,” he replied. 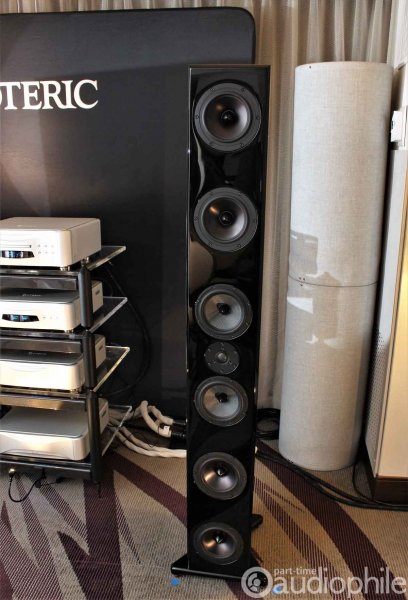 That was the original E-5, of course. Here, these tall and slim floorstanders are in their Mk. II generation. In this much smaller room, I felt like I was getting the same authoritative yet infinitely musical sound as I heard from those massive systems in what seemed like 5000 sq. ft. rooms. Think about it–you don’t have to spend $300,000 on a pair of Ultra 11s–which may require you to push up the ceiling of your listening room so they can fit–to enjoy that amazing VSA sound. In fact, I’m arranging for a review pair of E-3 SE loudspeakers ($20,000/pair) as we speak. Will I enjoy that Big Room sound in my somewhat diminutive listening room? Stay tuned. 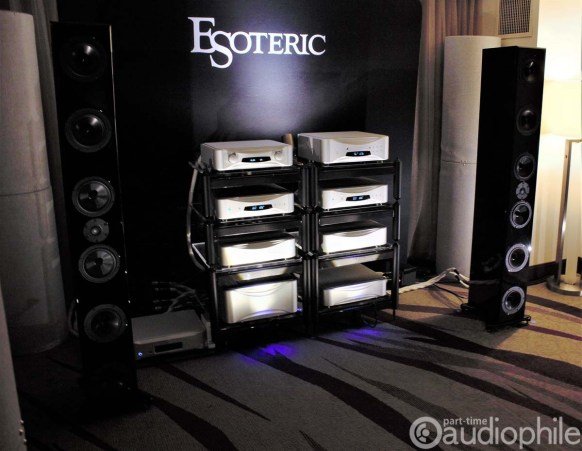 “The Sound of Reality” …what does that mean?