Some help on 6SN7 please 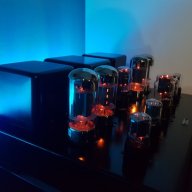 Hi I have a pure sound A30 amp and I’m thinking of Replacing the 6SN7, it would be Appreciated for some advice, I have been looking at these, are they any good,
Many thanks Matt 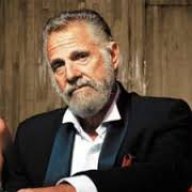 The last 2 pics are basically the same tube, black ladder plates. They are ok, very inexpensive if you find some off-branded ones. I think all 6SN7s are at least decent, I have many and haven't found any bad ones. I also don't think the ones that are known to be good and also rare are worth the price, and a good circuit design can minimize differences between tubes as well.

IMO the Soviet military version with metal base and black plates are the best. Some say the holey plates are even better, some say otherwise, but they cost a lot more. The former cost me about $50/pair, holey plates are around $200. Holey black plates are pretty rare though, most are earlier production silver plates that I've seen. These tubes are 6n8s with 1578 designation:

You have to be careful though, I think it's been found some sellers added the "1578" special designation themselves, so worth looking into.

These would be what I'd buy... $52 shipped for a pair. I'd also buy 2x as many as needed just in case shipping destroys one or two, I've had good luck buying these tubes from Russia and Ukraine though.

5692 are a reinforced US military version, should be reliable but I had one go out on me in the past, upon further investigation I think the max plate voltage may only be 200 V, so these may not work for all applications and they are getting to be overly expensive. I'm not 100% on the source of the info on 200V max B+, maybe someone else here knows with more certainty... Since then I haven't used any of my stock, they are very quiet tubes though, probably less subject to microphony as they were designed to withstand use in the Army's Howitzer artillery guns.
Industry Affiliation:
I own ZenWave Audio
zenwaveaudio.com
Furutech Dealer
Likes: thomask and christoph
S

I would second DaveC’s recommendation of the Soviet Melz 1578 valves. They are quite neutral and musical with top of the tree performance. Preferred them to sylvania round plates. The cv181 valves shown look similar to the Shuguang Black Treasure cv181 which are actually 6sn7 electrical spec. Also very good. The rca in the centre should also be quite decent and I have extensively used the earlier smoked glass vt231 military ones. They will have a darker presentation than the Melz.
Owner www.sablonaudio.com, Positive Feedback & 6Moons award winning custom audio cables 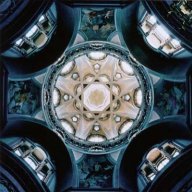 Possibly THE thread on 6SN7s:
https://www.head-fi.org/threads/the-reference-6sn7-thread.117677/
Click to expand...
Yes I had very similar experience as you.
My recommended overall are Sylvanias VT-231, not the Absolute best buy overall the best balanced in RF, texture, detail.
Likes: thomask

Thanks for all your Comments, I Should of explained my situation, I’ve been into solid-state Amps for about 18 years now and now for The last Eight months I just started with my first valve amp which I love very much, So at the moment I’m trying to study and learn about Valves Which is very hard to get in to And understand.
I’ve used and tried lots of new Valves Just to see if they make sound difference which they do, My problem is in my country UK there’s not a lot of choices for the 6SN7, This is why I am here asking questions about the valves with all your knowledge and experience with this type of Equipment, I’ve Gone and got them valves the CV181 and the RCA ones, Got them at a good price so I couldn’t refuse, so tonight I will be giving them a go, the Question was I didn’t no Which one should I go for, the CV181 or the RCA ones but I both lol,
Thanks very much for all your help it’s much appreciated 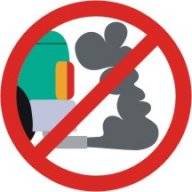 The best 6SN7 I have found is the 1578 or 6H8C, which are both Russian tubes. If you get the metal base versions with hole plates, these are excellent. Very fast and extended and low noise. Some are made in the 1980's and were used for military airforce and nuclear power plants. You can find matched pairs on ebay. Good ones may run you $300-$400 a pair.

There are variations of these, some with different shaped getters. Some slightly better sounding than others.
Steve Nugent, owner and designer
Empirical Audio
http://www.empiricalaudio.com
Manufacturer of low-jitter digital interfaces and DAC's since 1996 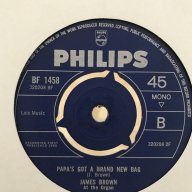 The best 6sn7 Ive heard are sylvania 7n7.
Jacmusic sells them and the necessary adapter.

The circuit matters. Many of the renowned vintage 6SN7GT will have problems in slots sensitive to noise/microphonics, like high gain preamp slots. Plus some circuits may rely on the higher voltage rating and/or plate dissipation of the later GTA/GTB series; a GT series may not last as long in there. The 5692 has an even slightly lower max plate voltage rating than GT, so you need to know your circuit's demands if you choose these. Many of the later GTA/GTB series have a LOT LESS problems with microphony and noise, in my experience - but at the expense that they aren't as sweet sounding as the best GT-series tubes.

From what I've tried - including the Red base 5692, Slyvania VT231, Slyvania brown base WGT, Ken-Rad black and clear glass, RCA gray glass, Sylvania GTA and GTB (short and tall), Tung-sol GTB (tall), etc - the Tung-Sol 6SN7GT round plate, black glass (RPBG) was by far the sweetest sounding of all. Sonic beauty incarnate, but very hard and expensive to track down. NOT for those tracking down "ultimate neutrality/accuracy" (I think that goes for 6SN7 in general). My close friend also has the Russian "holey" military tubes described in prior posts (whatever the "best" kind is), and he swears these are at least up there with the Tung-Sol RPBG, if not better. He has an amazing ear for things, so I believe him. But yes - all the other types I listed do sound quite good - none are "bad".

The modern, inexpensive Russian & Chinese 6SN7 aren't awful - quite serviceable in fact - but you'll definitely get a sweeter sound from tracking down some good vintage tubes. The Electro Harmonix 6SN7 was particularly "solid state" sounding in character, when I tried it. I haven't tried the premium Chinese 6SN7 types yet; they certainly have their fans but are also quite expensive.

Last time I used 6SN7 I settled on the Sylvania 6SN7GTA "tall boys" for a good mix of sound quality, low microphony / noise, and decent price. I just bought a heap of them again to try in my VAC 200iQ monoblocks. But if I were a rich man, I'd track down heaps of those Tung-Sol RPBG.
Likes: the sound of Tao, Pruematt410 and andi 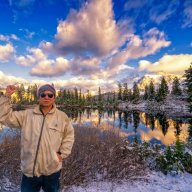 You may try it based upon 30 day's return from Ebay dealer.

Jesper
Click to expand...
I tried also these 7n7 purchased by jacmusic.
fast, extended, Just a Little bit Brilliant in upper mid-highs following the Sylvania's production of '60's and '70's. Maybe they needed a more period of running, I used only for a few hours.
In the range of 100 USD for a pair with adaptors are a very good choice.
Marco
H

Possibly THE thread on 6SN7s:
https://www.head-fi.org/threads/the-reference-6sn7-thread.117677/
Click to expand...
What is the difference between the Sylvania 6SN7GT that also show VT-231 text and those that don’t? I came across one of the latter, and other than the 6S... it only showed “N 4” vertically, which I was guessing referred to plant and year, but don’t really know.
S