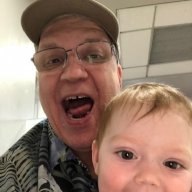 My theater upgrade is progressing - started almost 3 years ago, August 1999. Covid and other stuff slowed everything down to a crawl. But in Nov. 1999 I decided to go all out on subwoofers and ordered from Mark 9 of his brand new 21" nonported subwoofers, and then in March 2020 I added another 3 21" subwoofers to that order. Finally my theater upgrade is progressing to where I am about ready for all of the subwoofers to be installed! To date, I've received only 6 of the subwoofers, the ones that are 14" deep (26" x30" x14") that will go in the front of the theater under the screen. Those finally came mid-last year or so. The 6 to go in the back of the theater, stacked in 2 columns, are 20" deep (23.5" x 23.5" x20"). Mark has promised delivery on these subwoofers several times in the past year, but has never delivered. And in the past days, weeks and few months, he has repeatedly failed to return phone messages, texts or emails to get back to me - heck, if not for his occasional Facebook family posts, I wouldn't even know if he's alive and well - which he seems to be! I've been WAY OVERLY PATIENT to say the least, but frankly, there were so many other delays on my theater, and I've been busy now with 2 grandkids and health stuff (several surgeries including hip replacement and upcoming knee replacement) that I've had other priorities. But now finally we're starting to mount the speakers and acoustic treatments, so its time to install the subwoofers. And now finally it looks like Mark absolutely refuses to get back to me.

Is it possible that Mark has run into a serious issue with the cabinet shop he uses in fabricating the 30" deep designer subwoofers, as I am supposedly Mark's first customer on order for these, and that Mark is too embarrassed to respond on this after all these months?

If so, Mark could discuss with me whether some other subwoofers could be provided that would still fit in my installation (I have plenty of room in the back if this is the case.)

Has anyone else had contact with Mark lately? Is he ok?

Has anyone else had delivery of Mark's new designer subwoofers. I know one person got the first six of the 14" deep over a year ago, and as I was not in a hurry then, I even told Mark to go ahead and give him first delivery even though my order was in earlier. In particular, has anyone else received Mark's designer series 20" deep subwoofers yet?

Has anyone in the past months even received any new Seaton subwoofers? Or has Mark's business submerged completely in recent months? 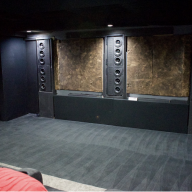 Near Atlanta, GA but not too near!

If you've paid him for your subs, and he refuses to respond, it might be time to call one of your attorney friends. Sorry that it has come to this, and I sure don't understand why. You also may want to post this, if you have not already, on the AVSForum Seaton thread.
Toggle signature
The Oconee Theater

Have you heard from him?
Toggle signature
Mono and Stereo - Senior Contributing Reviewer

SCAudiophile Appointed as a Moderator

Are Floor-borne Vibrations Really the Enemy?