Recommendations for Dining And Shopping in Hong Kong

It is now less than 2 weeks until the Hong Kong Audio show which I will be attending. I have never been to Hong Kong and am anxiously looking forward to this trip. Will be there from August 3-7 and then off to Manila for 5 days and then Palawan for a few days.Everyone says that this is a great shopping opportunity as well as fine dining

For those who have been to Hong Kong please list some of your favorite dining and shopping places that you would recommend
Steve Williams
aka oneobgyn
There's ALWAYS another Steve Williams BUT there's only "oneobgyn"
USA Dealer of Center Stage Feet and owner of PitchPerfect Sound (www.pitchperfectsound.com)
Dealer Lamm Electronics
My System
L

1. Intercontinental Hotel: Drinks at night in the lobby bar. Imagine a glass wall the size of a football field and all of Hong Kong Harbor lit up at your feet...sensational. I can think of no city view like it.
2. Four Seasons Hotel: Dim sum...they have a signature restaurant there
3. Yung Kee: Specialist in Roast Meats. Dishes: char siu (roast BBQ pork), Ham Yu Kai Lap chow Fan (Salted fish/chicken fried rice). World Class
4. Star Ferry: cheap cheap cheap way to cross over from HK to Kowloon and you do it by boat so you can enjoy the water
5. Chinese Junk. Or you can spent a bit more and take a Chinese junk which is just fun to do
6. chinese Arts & Crafts Store: Kowloon side. go...the only place with no bargaining, but the cashmere, arts and crafts, carved bone are breathtaking...not super cheap like it was years ago, but not expensive by global standards either...and you will see crafts (6 foot carved bone that looks like a cornucopia of food spilling out of a horn...remarkable artistry)

You also need to go see Audio Exotics...the boys there are hard core, and they always have sensational toys including all the latest Tripoint, Zanden stuff that people have been speaking about in one of the posts. I have met with Ed Lau and his system remains 1 of 2 of my all-time favoriates...Audiocrack's is the other.

I have also met the AE guys, and have absolutely top notch respect for them. they have given me advice on equipment when they knew it would result in me buying elsewhere....i have always said i would come back to do business with them just for that, and i am sure someday i will.
SOURCE: Zanden 4-Box Digital, Kaleidescape
AMP: CJ GAT2 + Gryphon Mephisto Stereo
SPEAKER: Wilson X1/SLAMMS + Velodyne DD18+
_________________________________________________
CABLE: TA Opus (Gen5, MM2) + PAD 25th + Sablon GCUber
POWER: 7 Dedicated Lines Furutech + Burmester 948 + NordostQX4
ISOLATION: Under: SRA OhioXL+HRS+Stillpoints+Auralex Top: HRS+Artesania+Entreq+EAT+90kg Mass Damping
GROUND/SHIELD/TUBE: Tripoint Troy Sig Thor+Entreq Atlantis / Entreq Receivus, Everest, Wrap / Amperex+Mullard
ROOM: Stillpoints Apertures+Acoustic Underlay
HEADPHONE SETUP: Sennheiser 650+Arcam rHead+Apogee Groove

I did not know that you would be there
Steve Williams
aka oneobgyn
There's ALWAYS another Steve Williams BUT there's only "oneobgyn"
USA Dealer of Center Stage Feet and owner of PitchPerfect Sound (www.pitchperfectsound.com)
Dealer Lamm Electronics
My System

Thanks Lloyd for all the great advice

We are staying at the Grand Hyatt
Steve Williams
aka oneobgyn
There's ALWAYS another Steve Williams BUT there's only "oneobgyn"
USA Dealer of Center Stage Feet and owner of PitchPerfect Sound (www.pitchperfectsound.com)
Dealer Lamm Electronics
My System 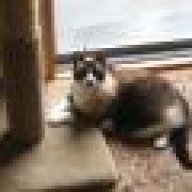 Hong Kong is one of my favorite cities in the world so I hope you have enough time to spend there.

There are so many shopping malls in Hong Kong it's hard to believe. Try malls in Harbor City in Tsim Sha Tsui. I wholeheartedly agree with the suggestion on Chinese Arts and Crafts. Sometimes you can watch the artists at work. It has the highest quality Chinese artifacts you will find anywhere. I too would have recommended the Kowloon location mentioned above, but it appears to be closed. If that's the case try the one in Pacific Place in Central.

As for food, Yung Kee is certainly famous and an experience you must try, but it's packed with tourists and families out on the town. It was probably better in years past, but food now is just ok; you go for the experience. For some of the best food in the city and one of the most spectacular views in all of Hong Kong, try Hutong. You'll also have a bird's eye view on the spectacular laser light show starting at 8pm off the top of 47 buildings across the harbor. Views from Victoria Peak are an experience too, very touristy but still special. I also like the Peninsula Hotel for lunch or tea - it's probably the most iconic luxury hotel in the city and often pictured with the Rolls Royces parked out front.

If you want to see what Hong Kong used to be like in it's more gritty days before it became so modern, visit Kowloon and sample the night markets there.

Agree the Star Ferry is well worthwhile if you want to see the city from the water.
U

I hate to say this but Mong Kok on the main land is the place to be. We stayed in the Langham Place which is itself connected to a very nice shopping market. But also close is the Ladies Market, Fish Market, Flower Market, Bird Market etc. They are must see, really.

What I like to say is it is VERY easy to get there from where you are. So easy that staying where you are is fine Just get on the Star Ferry to Victoria Harbour and go to the mainland and get on a bus which will get you straight up there. There's a big bus station when you get off onto the mainland as part of the ferry terminal.

Mong Kok is generally cleaner than the island and has better shopping.

Amazing place. I was at the show at 2008. It probably isn't the equal of Munich but it is very, very good.

Steve Williams said:
Thanks Lloyd for all the great advice

We are staying at the Grand Hyatt
Click to expand...
It is one of my all-time favorite cities. I think it is one of the top cities for food...of any cuisine, but certainly Asian. Hong Kong people are foodies by heart and they will pay big money to import serious talent to bring foreign food of the highest quality.

My father-in-law was a Yung Kee habitue for many years until he passed away. However, his favorite public restaurant was Fook Lam Mun on Johnston Road in Wanchai, quite close to your Hotel. One thing about it is that depending on your status and how well known you are to the staff, you are directed to different floors. Where we ate, there was a wall of wine bottles (typically the best Bordeaux and other great wines which were being kept by regular customers for their visits to the restaurant.) There was a separate section for partially opened Cognac bottles owned by customers also. We never ate at the highest floor of the restaurant. I don't think the food is any different on the different floors. I saw my first Maybach there - a customer and his entourage coming in for a meal.

You can check the Michelin Guide. There are many starred restaurants in HK, including Fook Lam Moon and both the fancy Chinese and French restaurants at the Four Seasons. However, I ate lunch at a one star dim sum restaurant (on Canton Road in Kowloon, across the street from Ocean Terminal, near the Star Ferry) which specializes in steamed dumplings (Shao Lung Bao). Lunch was less than HK$100, or US$12, probably the cheapest 1 star Michelin restaurant meal in the world.

Some of the best food in Hong Kong is not accessible to visitors without some contacts. They include a fair number of private clubs who only serve their members and guests and a large number of private residences where meals are prepared and served for a table (typically 8 people) of guests. The latter are unlicensed and do not advertise, so it is word of mouth. Typically they have one table and serve only your group that evening.

Have a great time, Steve. Keep cool, since it is usually very hot and humid there (think New Orleans) at this time of the year. My favorite restaurants in Kowloon are the steak house in Intercon Hotel and Ding Tai Fong in Silvercord.

I have to add two more restaurants in Happy Valley also in Hong Kong Island. They are Pang's Kitchen and Amigo.
L

astrotoy said:
...Some of the best food in Hong Kong is not accessible to visitors without some contacts. They include a fair number of private clubs who only serve their members and guests and a large number of private residences where meals are prepared and served for a table (typically 8 people) of guests. The latter are unlicensed and do not advertise, so it is word of mouth. Typically they have one table and serve only your group that evening.

Have a great time, Steve. Keep cool, since it is usually very hot and humid there (think New Orleans) at this time of the year.

Unfortunately, with most restaurants in Hong Kong, you need a large group to get the best orders. I do believe that many of the ones mentioned are the usual tourist traps. Especially Yung Kee. You need a local to take you around, and a bunch of locals to have dinner with. The bigger the better 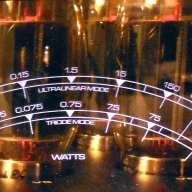 HK is my favorite vacation place for the last 30 yrs. So many restaurants have been mentioned here, so after eating, you need to walk. For first time visitors who like to shop, there's nothing like Ocean Terminal, which is easily reached by the Star Ferry from it's Central pier. Short ride but always an enjoyable scenic ride to Kowloon and back. Harbour City is linked to Ocean Terminal and has 2 million square feet of shopping area!

Another shopping area is Causeway Bay, just 1 subway stop from the Wan Chai station. It has the Times Square Mall, HySan Shopping Center, and the Sogo Department Store with lots of western branded goods and Japanese goods. I love the basement food and snack floor. There is also a huge HMV music shop a few blocks from Sogo with 2 floors of software plus a plus another floor with a cafe that runs through the late night. Steve, you'll love you're stay there in HK. See you!
Phil

For the first time in China/Hong Kong, this would definitely be one of my stops: http://www.yuehwa.com/en-us

There are a huge number of great restaurants in Hong Kong. Too many to try in a lifetime, let alone 3 days. For opinions on the best Peking Duck, many HK foodies would get into fist fights. My favorite is Spring Deer, but you'll need a local who knows somebody to be able to get a table. In Star House, there's also Peking Garden.