Potions from the 50's

I may be biased having had her in my arms, but I gotta say Lyn Stanley's knocked one out of the park with her latest album - Potions from the 50's.

I listened to the master tape on a Ki Choi-tuned Nagra tape machine, and even had the singer sing along with the tape. Then I had the opportunity to listen to her test pressing and make comments (that I trust were critical but helpful). Having just received the production pressings I bought - this is the first time I've felt that nothing had been lost. Lyn's soulful and coddling voice makes you fall in love with her. IMHO subjectively and objectively perfection. Recorded and mastered by Al Schmitt, mastered by Bernie Grundman, four pristine 45rpm sides pressed at RTI.

I won't repeat any of the reviews and just would like to say this - BUY IT! 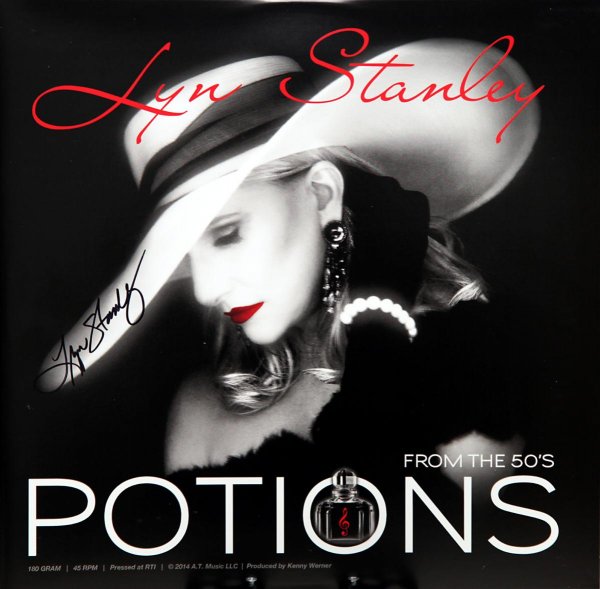 that Youtube video is a tribute to your speakers. Congratulations on that as well
Steve Williams
aka oneobgyn
There's ALWAYS another Steve Williams BUT there's only "oneobgyn"
USA Dealer of Center Stage Feet and owner of PitchPerfect Sound (www.pitchperfectsound.com)
Dealer Lamm Electronics
My System

that Youtube video is a tribute to your speakers. Congratulations on that as well
Click to expand...
Thanks, Steve. That's the advantage of a line-source - it carries all the way to the back of the room. You can hear Lyn straining a bit keeping up with herself, but subjectively IMHO she does sound identical live to recorded.

MadFloyd said:
Um, I want to hear more about her being in your arms.
Click to expand...
*wink*