You are using an out of date browser. It may not display this or other websites correctly.
You should upgrade or use an alternative browser.
E

After 2+ yrs of this pandemic, I was very happy to finally have my dream piano trio concert this past weekend with Alena Baeva, Narek Hakhnarzaryan and Vadym Kholodenko, all winners of the Grand Prize in the top competitions in the world. The Weiniawski, Tchaikovsky and Van Cliburn competitions respectively!

The concert was sold out & it was spectacular! I'm working on 3 tapes from this live concert:

I also recorded many salon pieces with Alena & Vadym which I will use to complete earlier live recordings of the Beethoven Violin Sonatas No. 3 & 4.

These recordings were done using the 1956 NOS WE437a & 1956 NOS WE300b tubes in the microphone preamp which takes the soundscape to a whole other level...
I'm very excited about these tapes as there really is no better music in the classical chamber repertoire. These 3 soloists absolutely brought the music to life!

They will be released soon, on the website! www.ultraanaloguerecordings.com

2 years ago I recorded live, the Beethoven Violin Sonatas No.3 & 4 with Alena & Vadym, but have been waiting to record some repertoire to fill these 2 tapes. I'm happy to announce I've completed these tapes now:

Lastly, I was able to record a Beethoven Ghost Trio with Alena, Narek & Vadym, without audience, which I've paired with 2 wonderful pieces of music:

It's been a 2+ yrs of drought without any new recordings...

I hope you will enjoy some of these. The performances are stunning, with sound to match!

Here's something to brighten up your Monday morning!

Here are 2 more pieces from this Piano Trio Concert:
1) Schubert Nocturne D.897 - 2) Dvorak Humouresque -
Both these pieces are on the Beethoven Archduke Trio double tape:

I've listened to all three of these most recent tapes from Ed's company and have enjoyed them thoroughly! What is most apparent is the string tone quality, particularly the sound produced by Alena's violin and the richness of Narek's cello. I believe this is what analogue does without comparison, produce realistic sounding stringed instruments. I've played the Mendelssohn piano trio twice and each time I hear more and more wonderful sound. Especially noticeable is the way the violin can come through so clearly in the midst of the piano's sound and joining with the warmth of the cello. As always Ed's choice of musicians, the superb recording techniques and wonderful music selections make this an indispensable collection. 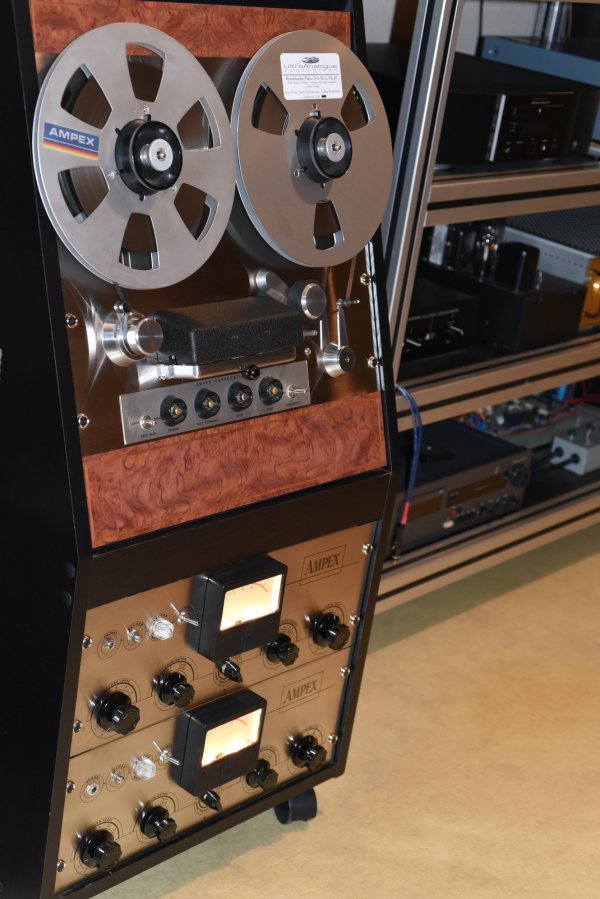 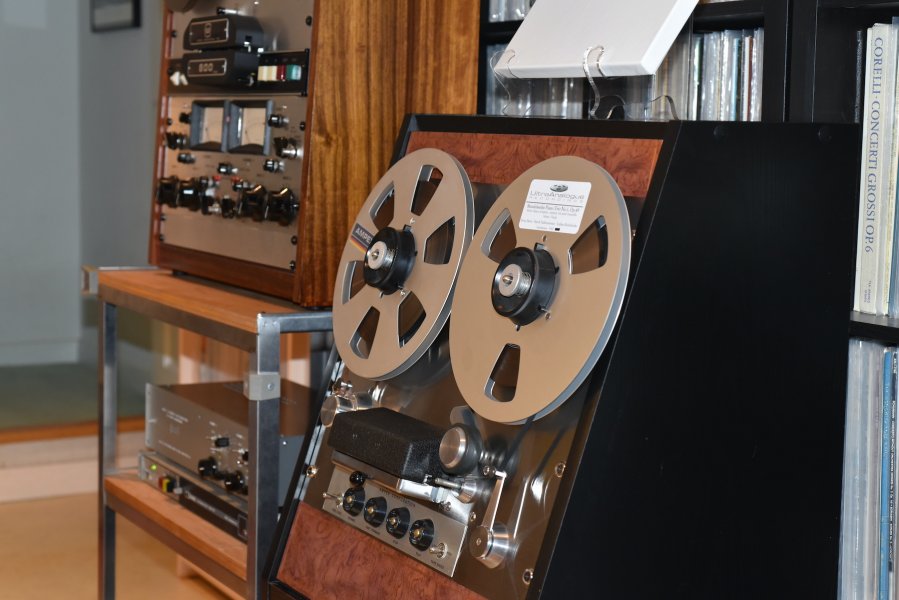 Looks like a great setup Ken!
Would love to hear these recordings on it someday...
Those 2 Ampex amp modules under the deck looks so cool...

tapepath said:
believe this is what analogue does without comparison, produce realistic sounding stringed instruments. I've played the Mendelssohn piano trio twice and each tim
Click to expand...

I received my tapes from Ed late last month. I want to comment on pieces, performers and sonics. First, the main feature of the most recent set of tapes is the piano trio. This is the second most important genre of classical chamber music, after the string quartet. Ed had previously released two of Beethoven's piano trios in 2013 and 2014, quite early in his catalogue. They were two of Beethoven's most famous trios - the "Ghost" and the "Archduke". They were performed by a quite good group of young musicians, but not at the level of the current artists. In addition to the two Beethoven trios, Ed also had the current three play the Mendelssohn g minor trio. There were also some shorter pieces which include pieces for piano trio. First comment. These piano trios are at the very top of the piano trio repertoire, equaled only by the two Schubert piano trios, in my estimation.

Second comment. I don't know how Ed is able to get the level of performers he does for his recordings. All three have won first prize in the highest world wide music competitions. First is Russian violinist Alena Baeva, who won the Wieniawski prize for violin (given every five years) in 2001 when she was 16, equaling the feat of Ginette Neveu, who was also 16 when she beat the highly favored 26 year old David Oistrakh in the first Wienawski competition. In 2004, Alena won the Moscow Paganini competition, and then in 2007 won the Sendai competition in Japan. Ukrainian Pianist Vadym Kholodenko was the first prize winner of the Cliburn competition (held every four years) in Texas in 2013 and Sendai competition in 2010, and Armenian cellist Narek Hakhnazaryan won the Tchaikovsky Competition (held every four years) in Moscow in 2011. In addition to solo and concerto performances with major orchestras around the world, all three regularly play chamber music. I saw Alena in 2019 in England, playing the Schumann Violin Concerto and Narek in San Francisco playing with his piano trio.

Third comment. Ed continues to refine his recording set up and the sound of the tapes is extremely life-like. Both the Archduke and Mendelssohn trios were recorded at live performances at Ed's home concert venue. The audience can be heard very occasionally, but it is not at all intrusive. You have an immediate sense of the venue and it does feel like you are in the space. Very enjoyable listening experience.

Just received the Mendelssohn tape and it is absolutely stunning. I am not a musician nor a knowledgeable student of classical music. For me music is an emotional connection. Music at its best delivers a deep immersive experience and the Mendelssohn tape delivers this in spades. You are drawn into the performance. With the lights out, the performers exist directly in front of you, realistically appearing in the room. The music grabbed me from the first note and held me through the final applause. Ed’s addition of NOS WE437 tubes and other tweaks, seem to capture even more of the delicacy and sweetness of the violin. A soaring achievement!
Reactions: tapepath
You must log in or register to reply here.

Reel To Reel Tape Deck and Content Forum Jun 7, 2021
Edward Pong
E
A
New R2R tapes of Jazz at the Pawnshop from AudioNautes