You are using an out of date browser. It may not display this or other websites correctly.
You should upgrade or use an alternative browser.
A

I recently changed the belts of the reel holders of my Nagra T Audio. After reassembling the mechanisms, the machine fast forwards and rewinds smoothly. However, when I hit Play, it played for a few seconds and then stopped. Since then, the machine has refused to play. I measured the voltages at the reel motors, and the measurements are the same when it is at Stop and at Play. Therefore, the electronic brakes continued to be applied during Play. I disengaged the brake rods but this made no difference. At Play, the tape lifter is engaged, but only the left capstan spins. When I measured the voltages, the right capstan receives no power.
I looked through the service manual downloaded on line, and similar symptoms are mentioned under "fuses". It says that a blown fuse supplying the emergency brakes would create a similar problem. However, I checked the voltage supplied to the emergency brake circuit and it is correct.
Has anyone encountered a similar problem ? It might be a fault in the tape transport control circuits on the logic board. Could it be something I did, or did not do but should have done while changing the belts that caused this problem ?
Reactions: Ki Choi
A

Just to round up the story. It turned out to be a faulty filter capacitor at the capstan motor. I measured the voltages of the motor and it was unstable. After disconnecting the wires, the voltage became stable. Therefore, it was a leaky capacitor. After replacing the capacitors, the machine is back working. Therefore, the emergency brakes were activated due to the faulty capstan motor. Anyone with a Nagra TA should be aware of the problem with these filter caps.
Reactions: Ki Choi and christensenleif@msn.com 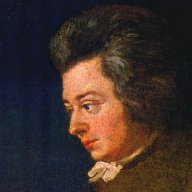 Good job at diagnosing the issue, Mr. Wu!
You must log in or register to reply here.

J
Studer A807 MK1 died due to a shorting problem. Help please