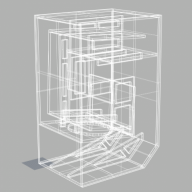 But what about using other, less expensive (per GB) M.2 NVMe SSD devices from the likes of ADATA, Kingston, Samsung etc. with no lower than 250GB storage capacity? Newer items show very good latency and power consumption specs getting actually quite close to the Optane's. With these less expensive options they're still avoiding the motherboard chipset being coupled directly to the CPU, and they're also fast as hell with read and write speeds - even exceeding the Optane's here.

Has any real effort been made into testing said, less expensive M.2 brands as boot memory compared to the Optane? It seems to me the Optane has reached default mode as the go-to boot device without true "evidence" compared to named alternatives. If low latency and power consumption are primary factors, then why aren't cheaper alternatives of newer development considered as well?
You must log in or register to reply here.

In the Rhodium living room