I'm crossposting from my system description thread the following to this new thread. I thought others might want to chime in with their experiences about how best to drive headphones more or less directly from a recent iPad, one lacking a stereo mini jack, having only a Lightning or USB-C jack:

For a good while now, since I further simplified my main stereo room system to eliminate the Benchmark DAC3 HGC and Benchmark HPA4 headphone amp, I have not used headphones in that system, limiting my headphone listening to my computer desk system used primarily for video streaming.

Since the Apple AirPods Max are ordinarily connected via Bluetooth, to listen via these headphones in that system I simply turn on the Bluetooth capability of my M-1-based iPad Pro (2021)'s system controller and pair the headphones with the iPad. Since the Bluetooth connection seems limited to a 24 bit, 48 kHz sampling rate, this may impair the sonic quality heard from High Resolution program material a bit, but my D&D 8c speakers impose a similar "limitation" since the DACs in those speakers are intentionally set up by the manufacturer to operate at 24/48, both to allow the chosen DACs to operate more precisely and to avoid energizing the 27 kHz peak in the response of the tweeter of the speakers.

I acquired a second pair of the NAD Viso HP-50 headphones to use in the stereo room system so I don't have to move my first pair back and forth between the computer system and the stereo room system. To use the even better NAD Viso HP-50 headphones in my stereo room, I needed an adaptor to fit the wired NAD headphones to the USB-C jack which is the only wired output on the iPad Pro. While iMac computers still have stereo mini jacks for driving ordinary wired headphones, there is no stereo mini jack on recent iPads or iPhones.

Fortunately, Apple and others make a simple, one-piece USB-C to stereo mini jack adaptor. See this link. The standard 4-foot-long cord of the NAD phones, which terminates in a stereo mini-plug fits right into the stereo mini-jack of this adaptor and the male USB-C end of the adaptor fits into the USB-C jack of the iPad Pro.

One way to listen to streamed material through headphones in this system involved enabling the iPad Pro to be a Roon end point device. To do this and avoid simultaneously driving the speakers, I first simply disable my Lumin X1 as an end point device through Roon's controls; go to Roon's Menu > Settings > Audio, then click on the gear icon next to the Lumin X1 and select Disable. Then I enable the Apple iPad Pro as a Roon end point. In the Roon set up of the iPad Pro, I enable the MQA Core Decoder to make sure that my Roon Nucleus+ does the core decoding of any MQA programs before sending them to the iPad through my home network. I set the iPad Pro to "Renderer only" for this set up since iPads have no inherent MQA decoding capability.

When I go back to speaker listening, I then re-Enable the Lumin X1 as a Roon end point and Disable the iPad Pro. You don't have to do that, but I like to keep the system set-up as unambiguous as possible.

Alternatively, I can listen by headphones in my stereo room by simply streaming directly from apps on the iPad Pro, bypassing Roon, the Nucleus+, and of course the Lumin X1. I have apps for most of my usual streaming sources on the iPad Pro: various internet radio stations and aggregating services, Safari, YouTube, Internet Concert Archive, Tidal, Qobuz, Spotify, SiriusXM, etc. While I cannot access my own CD-derived music files this way, most of those programs are available as streaming files through Tidal or Qobuz, albeit in FLAC rather than WAV format. I also obviously can't avail myself of the superior Roon GUI this way.

What I should have realized is that the Lightning and USB-C jacks found on newer iPads and iPhones are strictly digital signal connections. Somehow the iPad/iPhone output must be converted from digital to analog before being fed to wired headphones, at least headphones lacking D/A circuitry within them.

As I mention above: "Fortunately, Apple and others make a simple, one-piece USB-C to stereo mini jack adaptor. See this link. The standard 4-foot-long cord of the NAD phones, which terminates in a stereo mini-plug fits right into the stereo mini-jack of this adaptor and the male USB-C end of the adaptor fits into the USB-C jack of the iPad Pro."

What I now realize is that this Apple-sourced "adaptor" is more like a dongle which contains some sort of D/A conversion circuitry. It's a bit temperamental in that sometimes when the bit rate or depth changes the sound is overlaid with clicking or stuttering. To fix this, I simply remove the adaptor from the iPad's USB-C jack and reinsert it.

The sound quality with this Apple adaptor is okay. I didn't really know what to expect, not having used this iPad to directly drive headphones before. There certainly is enough power available to drive these non-demanding NAD headphones. Even an old iPhone with a stereo mini jack will drive these to very high volumes with only a bit of bass thinning to clearly indicate that better sound could be had with more power.

But my reading and research indicated that even without going to a larger "transportable" unit, much less a desktop DAC like the Benchmark DAC3B I use in my computer desktop system, better sound could be had from an adaptor/dongle DAC. I almost went for the Audioquest Dragonfly Cobalt at $300, but the measurements done at ASR threw up a caution flag.

What I'm now using is a $100 unit from DDHiFi (a Chinese company) called the TC35 Pro USB to 3.5 Decoder (Eye). This uses an ESS Sabre chip and supposedly is Hi Res and DSD capable, as well as being capable of full MQA decoding and unfolding. This little gadget is AMAZING! The sonic improvement over the Apple is night and day better in every way I can think of. While the Apple sounded okay, this sounds GREAT!

I did not purchase the unit directly from DDHiFi. Frankly I found the Ali Express online sales website off-putting (I could never make my required registration go through) and the quoted delivery times from China were on the order of a month even with "express" shipping. Instead I had a very good experience purchasing it from Linsoul Audio. Delivery from China was via DHL Express and I received the unit three days after ordering it. The express delivery cost only an additional $15.

Note that the DDHiFi Eye unit looks a lot bigger in the pictures than it really is. This thing is tiny, no larger than the average USB stick and smaller than many of those. It is lightweight and thus doesn't put a lot of strain on the USB-C connection of the iPad or on the connecting cord to your headphones. It is truly portable and will fit in your pocket easier than an average automobile ignition key.

What other truly portable units have others found to sound good in such an application?
Reactions: Andrew S. 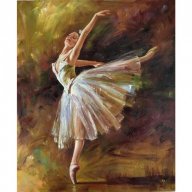 Thanks - love an in expensive portable solution!

what drew you to your NADs?
Toggle signature
Best Wishes
Andrew
B

Nice write up. I’ve been positively surprised by how good iPads sound with headphones.

This is a review and detailed measurements of the E1DA 9038D portable DAC and headphone dongle (US $99). It was kindly sent to me the company and forum member, @IVX. Sadly it has been sitting here for months until I got a chance to review it now. If you don't know about @IVX, he was the first...

Andrew S, my NAD headphones were love at first listen both for tonal balance and for their unmatched ability to produce images/stage out front. It's all part of Paul Barton's "Room Feel" technology. The response very closely follows the Harmon curve and for once there is deep bass, plus full warmth range without sacrificing clarity. My current feelings about these phones are still summed up in my earlier post here: https://www.whatsbestforum.com/thre...-hp-50-mr-speakers-ether-ii.27512/post-558995

And thanks, Brucemck2, for your recommendation of the E1DA 9038A.
Reactions: Andrew S.

tmallin said:
Andrew S, my NAD headphones were love at first listen both for tonal balance and for their unmatched ability to produce images/stage out front. It's all part of Paul Barton's "Room Feel" technology. The response very closely follows the Harmon curve and for once there is deep bass, plus full warmth range without sacrificing clarity. My current feelings about these phones are still summed up in my earlier post here: https://www.whatsbestforum.com/thre...-hp-50-mr-speakers-ether-ii.27512/post-558995

And thanks, Brucemck2, for your recommendation of the E1DA 9038A.
Click to expand...

Just caught up with this.

Thank you very much for your reply. Most interesting.
Toggle signature
Best Wishes
Andrew

When using the iPad as a streamer driving my NAD Viso HP-50 headphones via the DDHiFi TC35 Pro USB to 3.5 Decoder (Eye) I have found that for the best sound quality, the iPad should be shut down--turned fully off--before connecting the DDHiFi unit to the M-1 iPad's USB-C jack. The headphones should already be plugged into the DDHiFi unit before that unit is plugged into the iPad. Then fire up the iPad. When this process is followed, I'm even more amazed at the resulting sound quality. To my ears every aspect of sonic quality is improved when that procedure is followed.

Also, don't power or charge the iPad from a wall outlet when playing music from it. Battery power provides the purest sound. Thus, even if you have an adaptor which allows the iPad to both play from its USB-C connection and be charged at the same time, don't use it for serious listening.

R
Help an old timer with his digital mess.