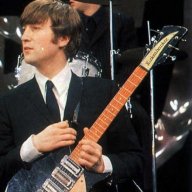 facten said:
I'm confused by the Grant Fidelity email re: shipping. In one of your earlier posts it seems to indicate that Rachel was ordering directly from the factory so I don't follow why she would have used an estimate from some vendor on Aliexpress to quote you shipping versus having taken the time to get it directly from the factory and freight forwarder before finalizing the order. Yes, I know she said they weren't responsible for shipping, however in my mind that doesn't preclude ensuring that customers are provided with complete information for the transaction before finalization.
Click to expand...

The email is what it is. IMO, some information was held back because they thought there was a good chance I wouldn't have bought the speakers had I known shipping was going to be $2500 for that item alone. She said shipping isn't her responsibility. She gave me an estimate and it was way, way higher and someone needed to come up with more money. The email came in at 11:45 PM right before I went to bed; wire an additional $2336 by tomorrow morning or you don't get your merchandise. I was a very unhappy guy and let her know that but every response was always 'not my fault, you must pay.' I don't think that money ended up with her (though that's who I had to wire it to) but how do I really know it went for shipping. The whole thing sounded like a scam to me and I felt like a schmuck wiring more money. I was convinced that I would never see anything, which was 100% untrue, I got what I was promised by GF.

Speakers Sep 21, 2022
russtafarian
R
J
It's been a while...system updates including Viking Acoustics L'Instrument speakers plus plus plus