<continued from Jitter 102A> 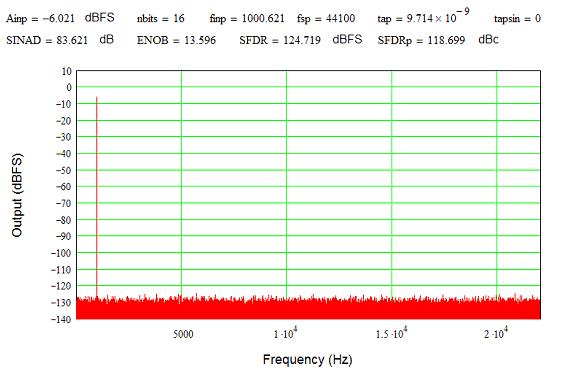 Ah, the noise floor drops, too, and ENOB stays about the same. With less signal, ENOB will go down since we are using less of the DAC’s range (reducing the number of bits used). Jitter drops because, as stated in Jitter 101, it is related to the slew rate of the signal. Smaller signal, lower slew rate, at least for a sinusoid. This is not true for something like a square wave that has faster edges (and thus higher frequency components – see the “Building a Square Wave” thread). So, jitter will degrade fast pulses more than a single tone like this test case. 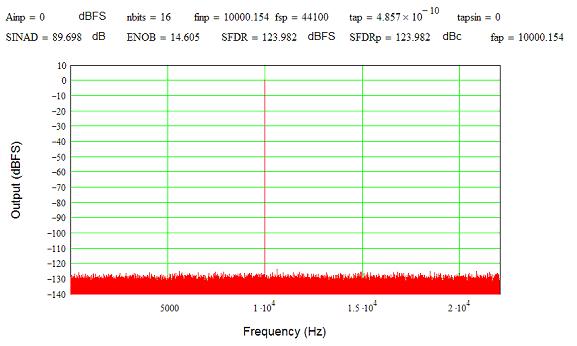 Now, increase the jitter to ~5 ns, equal to 1 lsb at 1 kHz, and performance is markedly lower: 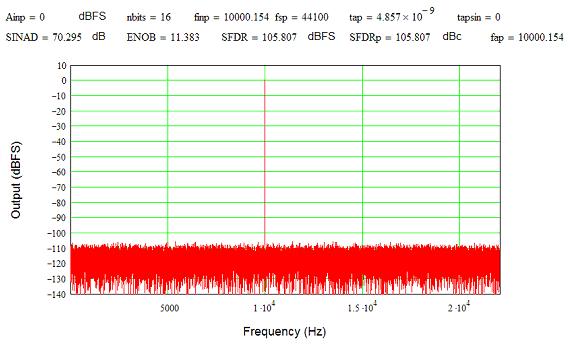 Wow, 70 dB SINAD (signal to noise and distortion), and only a little over 11 bits! Ouch! SFDR is still high, over 100 dB, but the noise level is rising to audibility.

Now let’s return to a 1 kHz input with 5 ns (1 lsb at 1 kHz) jitter, but add 1 lsb of the input to the jitter. That is, nothing fancy, just a simple addition of 1 lsb (in time) modulation of the (formerly) random jitter on the clock. This is the dreaded deterministic jitter term.

Well, ENOB is about as before, but now there’s a 2 kHz tone sticking well above the noise floor. That is second-order distortion, i.e. a second harmonic that wsan’t there before. Probably not really audible at almost 100 dB down, but a very annoying thing to see. Dropping the signal amplitude reduces the distortion spur as well, just as before. 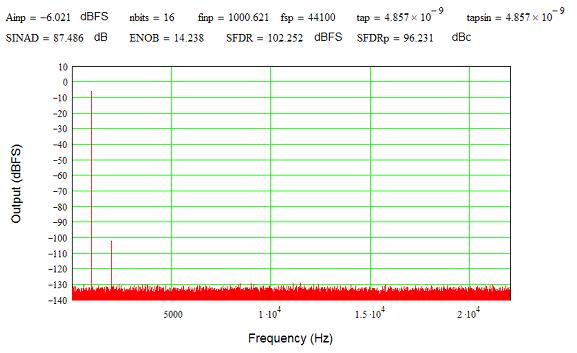 On to Jitter 102C...
Last edited: Aug 26, 2010
Toggle signature
Don
"After silence, that which best expresses the inexpressible, is music" - Aldous Huxley
Don's Technical Articles on WBF
You must log in or register to reply here.

H
I am having huge difficulty with op amp circuit