FLAC conversions from 16/44 WAV files are smaller than MP3s. 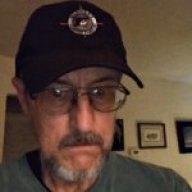 I have a major DSD conversion issue, and my experience (lengthy) is described below. I think I have everything covered, with input from many experts. The key issue is some extremely suspect conversions being done with a top-rated software player and converter. 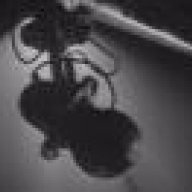 I purchased some DSD (352 khz) files of solo piano music
Click to expand...
What kind of DSD files are they? There is something wrong here...

bibo01 said:
What kind of DSD files are they? There is something wrong here...
Click to expand...
They came from NativeDSD, and were recorded by Ray Kimber. They sound really great in DSD, but the WAV file from the JRiver converter is thinner sounding. I think the DSD files are probably 100 percent legit, but the JRiver software conversions are suspect, especially since the 24/88 conversions corrupted my Foobar install, just by trying to play them.
V-MODA M100 Master, Grado WH1 'White', Beyerdynamic Lagoon, Pioneer HDJ-X10c, DragonFly Cobalt, Oppo HA-2, Meridian Explorer2.
B

Could you post which DSD recordings have the issue... be interested to see if I can replicate.

BMCG said:
Could you post which DSD recordings have the issue... be interested to see if I can replicate.
I’d guess that the converter is mis interpreting the file submitted...
Click to expand...
Here's the dropbox where I placed one DSD file and a 16/44 WAV file I made with JRiver. The WAV file plays OK, but the 24/88 FLACs I made were very bad.

After one week of ripping several solo piano and violin/piano SACDs (16/44 CD layer only) to WAV and FLAC -- those SACDs by the same recording company that made the original DSD files -- my FLACs ranged from 31 to 40 percent of the WAV size, or at minimum 40 percent larger than 320 kbps MP3s. The only CD where I was able to compress FLACs to MP3 size was a CD containing long silent pauses within the music, which was unlistenable in any case. I've concluded, with unexpected help from two expert sources, that the DSD to 24/88 FLAC software I purchased is either defective outright, or it intentionally embeds a stealth form of DRM into the conversions. I was not able to pursue this further outside of ripping these SACDs, because information was being withheld by persons who were offended by my questioning the validity of the conversions.
Last edited: Feb 3, 2018
V-MODA M100 Master, Grado WH1 'White', Beyerdynamic Lagoon, Pioneer HDJ-X10c, DragonFly Cobalt, Oppo HA-2, Meridian Explorer2.

I finally got caught up this evening on my backlog of reviews, so I ripped Disc 1 of my Silverman/Mozart Sonatas by IsoMike on SACD. I ripped the CD layer only, and converted the 16/44 WAV tracks to FLAC using Foobar2000 and the FLAC v1.3.1 codec. The compression was to 36.5 percent of the WAV size, i.e. the totals:

Since this is essentially the same type/technique/content density as the Silverman/Chopin IsoMike DSDs, and since the IsoMike folks made this SACD and its CD layer using the correct conversion software, it's clear that the compression to 23 percent that I got from the JRiver-produced WAV files is very short on 16/44 content.
V-MODA M100 Master, Grado WH1 'White', Beyerdynamic Lagoon, Pioneer HDJ-X10c, DragonFly Cobalt, Oppo HA-2, Meridian Explorer2.
You must log in or register to reply here.
Share: Facebook Twitter Google+ Reddit Pinterest Tumblr WhatsApp Email Link