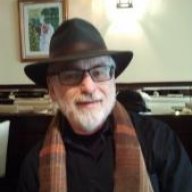 1. I don't use a player but I can adjust volume in the streamer/controller @ 64bit resolution. Generally, full up.
2. Yes! Normally, in the range of -10dB to -30dB.
3. Yes! This is generally fixed at 0dB gain but adjusted when there are changes in system components in order to maintain (2.) above.
Toggle signature
_____________________________
Kal Rubinson
"Music in the Round"
Senior Contributing Editor, Stereophile
www.stereophile.com/category/music-round
Reactions: Alrainbow
J

Lumin U1 to Goldnote DS 1000 MII Dac
I use both because my Dac has a built in pre. Depends on which is closer, IPad or Dac remote.
Reactions: Alrainbow
E

1. No
2. Yes
3. No
First, I want to declare my bias that I love Chord DACs so I (unreasonably and irrationally) worship every word the Chord DAC designer Rob Watts says on Head-Fi.

According to my understanding of what he’s saying, whether digital volume controls are transparent are dependent on:
1) Low-level linearity of the DAC
2) Algorithm of digital volume attenuation (which almost everyone uses at 64-bit anyway)
3) Dithering/noise-shaping algorithm to reduce the 64-bit volume reduced signal to 24/32-bit for the DAC (except you can’t really noise-shape without upsampling first)
If all these digital computational/performance issues are achieved, digital volume control should be more transparent than analog. As a result, everything is system dependent.
4) DACs and analog preamps can have channel imbalance issues which are dependent on designs and hardware

As a result, with respect to the original set of questions:
1. Other than HQPlayer with it’s LNS15 filter, I’m not aware of any software that noise shapes an upsampled signal after volume reduction instead of dithering. in fact, I don’t use HQPlayer so I don’t even know if HQPlayer does that. I presume it does.
2. Many DACs have low-level linearity issues. This is why often they have an analog volume attenuation to avoid this problem.
3. Analog preamplifiers have it’s own issues with transparency and distortions.
4. If one is using a digitally transparent volume attenuation within a DAC, it is then important to figure out which analog preamp volume setting offers the lowest distortions and closest channel balance for optimal sound.

That said, my take often is that audio is a hobby so people should just enjoy their music so whatever setting they love the most it’s the best setting.
Reactions: Alrainbow

i need more to reply , my reasoning is not any of your commnets . in the end its all what we like , and in one way im trying to understand others .
the next question after some more replies is sound based on [referance likes and dislikes . im sure the fur will fly on this lol.
thanks all who took the time to reply .
Toggle signature
The TUBEZATOR 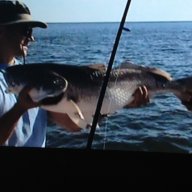 Re: # 3-I use an active crossover at the output of the Dac which serves the same purpose as a preamp, to buffer the output.

Issue with speakers and studio monitors while using a headphone splitter