You are using an out of date browser. It may not display this or other websites correctly.
You should upgrade or use an alternative browser.
A

I post the list of tracks Harman uses after literally decades of research to detect fidelity of speakers and room Auto Equalizers in another thread but thought it deserves its own thread. I have had the fortunate luck of sitting through a couple of their blind tests and can attest to the efficacy of the tracks used:

And this from a 1992 research at NRC on genre of music and its revealing nature in this regard: 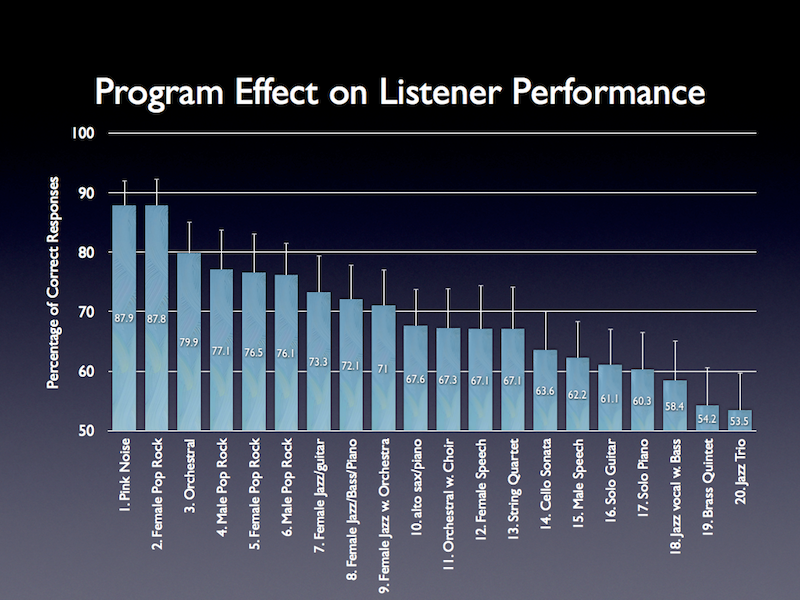 A bit about the science, the suitability of track is a matter of statistics. Colorations in speakers are only revealing if there is significant content/energy in that part of hearing spectrum. Rock music tends to have such rich spectrum. Classical music as a general rule does not. Hence the domination of rock/pop music in the top most critical list.

In both this space and audio compression with which I am intimately familiar with, high fidelity of the music recording is not an aid and if anything a distraction. A "pretty" sounding track sounds pretty on many systems because we are drawn to it by its good substance. Critical test clips on the other hand tend to be uninteresting and force you to pay attention to the task which is to analyze equipment with your ear.
Toggle signature
Amir 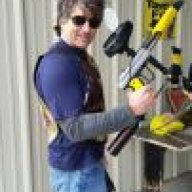 It's no wonder the Jazz trio is so popular at demos and audiophile conventions. IME, the better a system gets, the more it will sound really good with non-audiophile music, like EDM music.
Toggle signature
MUSIC IS GOOD
S

I would make a quick guess that almost everyone of those recordings used a multi-mic, pan-pot technique.
If I read Siegfried Linkwitz correctly, concert hall recordings using a minimum number of mics and no pan-pots is a better test for great speakers.

I agree with Kevin (and Siegfried).

In my opinion and my opinion only, the best recordings I have to assess fidelity in systems are some of the ones Todd Garfinkle make - two mics direct into a stereo recorder direct to you.

Try his Ito Ema Bach for piano and hall acoustics, LLama for percussion (a hang), Sera Una Noche is spectacular to hear reverb, any number of his other recordings for voice, for strings, etc. If a recording is mixed and mastered, it is difficult to use as an assessment tool. Are you hearing an artifact of the production or are you hearing your system. When you use such a recording, you are using it as a reference to the last system you heard (designed).
Toggle signature
__________________________
Gary L Koh, CEO and Chief Designer,
Genesis Advanced Technologies
You must log in or register to reply here.

S
A Visit to Verdant Audio