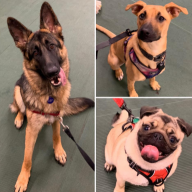 Just acquired this control amp about a week ago, and while it still needs a bit more settling in time, it's already sounding mighty fine. Speakers are Sonus Faber Guarneri Homage (circa 2004) and the synergy is excellent.

I sold my vintage tube separates a few months ago, and while I certainly didn't miss dealing with the four heavy and hot pieces (preamp, power supply, and mono amps) and a closet full of spare tubes, I was missing the sound. Now that I found the CJ, I think in some ways it sounds even better and manages to do it with a mere 7 tubes instead of the 26 that the old gear required. I'm very happy to finally be a member of the CJ family.

As good as the amp sounds, at this point I'd wish for a bit more of the legendary cj "golden glow." Perhaps with time and some judicious tube rolling. We shall see....

Well, after more playtime, this wonderful amp has gone from good, nice, to IMO, MAGIC. I thought it was broken in when I bought it but no. The entire front of my listening room is now filled with music, left to right, and with considerable depth. The presentation is intoxicating.

Good stuff matey!
The CAV45-S2 was actually the one I kept for while longer over the other CJ gear I had at the time. It was driving the Quads ESL 2905's with ease, and soon as the Quads were refurbed (after the disaster...) they were sold off! After that it was the ML Ethos hybrid stats, which was effortless to drive with the CAV45, and that's about the time I received the version 2.

Both are fine indeed, brilliant musicality, highly palpable midrange, outstanding soundstage depth, and just a beautiful balance from top to bottom, nothing too over powering. The major differences in the S2 are the upgraded Output terminals, and slightly larger trannies, which delivers higher current. The S2 also has larger power supplies, so a higher thump factor compared to version 1 but still both are extremely good.

However, since my dream system was focused towards the CLX's, the CAV45 was moved on for CJ's larger monoblocks, and that's all she wrote.

Overall, it was an absolute marvel to experience and as I've said this before, the CAV45-S2 was the most enjoyable amplifier I've ever owned within the CJ line. Very simple to use, no bells & whistles, not even a remote! This is as simple as it gets, and contributes to a clearer sound.

Driving SF monitors or any high grade high efficiency speakers will be outstanding! You just have to allow it plenty of time to nicely settle in and work its magic. Yes, correct it is very intoxicating! One of those real vfm gear.

First of all, I would like to express my great appreciation for RJ, aka "Big Dog" who has sent me a wealth of information about not only conrad-johnson but about tubes in general. I am not new to tube gear, having used MFA separates for decades, but RJ imparted some new-to-me info that gave me a new perspective on tube gear in general, as well as my CAV 45 S2, which continues to become increasingly seductive. So, thank you, sir.

Please pardon me for gushing, but this is my story and I stand by it. And, as many of you know, the CAV 45 S2 is one terrific component. IT IS A KEEPER. And it definitely has exhibited the famous "golden glow," but in contemporary manner, which I submit, is actually all the better.

Oh, one last thing. The reason I sold my lovely MFA gear was to simplify my audio system and my life in general. The CAV 45 S2 does just that.
Last edited: Jul 27, 2022
Reactions: Big Dog RJ
B

Nice one matey, keep those tubes glowing!
And most of all, enjoy those fine tunes!
Woof! RJ
You must log in or register to reply here.

Brand-New 550 AXii in the house and my first Luxman component. :)

Luxman Forum Friday at 3:04 AM
paolo

New in the Club of The Gryphon

B
An upgrade in pre-amplification or not...