Yes, this is not a misprint. This is for AXPONA 2019. The show runs from April 12-14, 2019. When I'm in Chicago, I often look to see of there is anything happening at the Chicago Symphony that's interesting. There is a program on Thursday evening April 11 that caught my attention as it features one of the best young pianists out there, Benjamin Grosvenor, making his debut with the CSO, playing Chopin's 1st Piano Concerto (the piece that made Martha Argerich an overnight star when she recorded it for DGG in 1961). The full program is listed below.

The reason for this post now is that single tickets just went on sale for the CSO this morning. I was stunned to find that for April 11th, there were several tickets available in Box K. This availability is as rare as it gets and this is a Box I have sat in twice previously. Seats in concert halls anywhere in the world don't get better than this. So I bought 6 tickets. Just to be clear, the seats in the Box of 12 are unreserved. First come first served BUT it is expected and explicitly stated by the CSO that patrons are expected to rotate seats between both halves of the concert. This has never been a problem for me as other patrons in the box usually care as much about specific seats a they care about speaker cables. Regulars are unfailingly polite, especially to guests who travel a considerable distance to hear their orchestra. Bottom line, it's no problem especially if we get there when the doors open at 7:30 as we will likely grab the seats of our choice. (Plus there's a back-way in that is usually particularly effective!)

Steve is interested in going, so I'm offering 4 tickets if you are at all interested. I thought it would be fun to meet for dinner at 6 pm before the concert at a restaurant near the CSO.
Rather than communicate in this thread or PM, it's a lot easier to use my private email: mbw817@yahoo.com

Other logistics. Downtown Chicago is about 35-45 minutes from the Renassaince Hotel in Schaumberg, Il. The minimal booking there is for 4 nights. I booked the Embassy suites, which is walking distance to the Renassaince (which is where the show is) for about $125/night and there was no minimum. The price is actually less than the price if you book through AXPONA! I should also add that on April 11th, I will stay downtown in at Palmer House which is about 2 blocks from Symphony Hall, as its very easy to get to by Metro from O'Hare for about 7 bucks. I'll head out to Schaumberg by taxi/Uber the morning of the 12th and stay there once the show starts.

Let me know your interest as its first come for the tickets. The tix are $220 each.
Marty 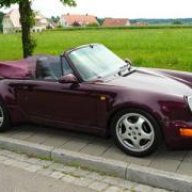 bonzo75 said:
220 USD lol classical concerts in the US are a rip off. No wonder many don't go to them and end up with more cones while we Europeans (still an European) end up with horns.
Click to expand...
Soon enough you could be a third world country without sun
You can never have enough power !!
Custom room and amp in progress
​

bonzo75 said:
220 USD lol classical concerts in the US are a rip off. No wonder many don't go to them and end up with more cones while we Europeans (still an European) end up with horns.
Click to expand...
Plenty of $80 seats left in the hall. Good availability, even for horn lovers!
R

This concert is on my Thursday B series. I've read some good things about Benjamin Grosvenor, so I'll be looking forward to hearing him.

Off Topic: This afternoon I watched an incredible "Salome" from the Salzburg Festival. A free stream. See highlights of reviews and a link to the stream at https://www.askonasholt.co.uk/asmik...alzburg-festival-a-salome-to-end-all-salomes/
It was quite an experience on my inexpensive computer speakers. Perhaps I should get a Chromecast device so I can watch and listen to it on my home system....

I'm re-posting to remind WBF members that I have 4 tickets for the Chicago Symphony on Thursday evening April 11, the night before AXPONA opens. The concert features one of the best young pianists out there, Benjamin Grosvenor, making his debut with the CSO, playing Chopin's 1st Piano Concerto (the piece that made Martha Argerich an overnight star when she recorded it for DGG in 1961). See details in the original post. These are some of the best seats in one of the world's best halls. Feel free to join us for dinner immediately before the concert at Tesori, a nice modestly priced Italian restaurant right next to Symphony Hall. Guarantee you'll love the system; great imaging, low distortion, excellent bass and depth that allows you to hear all the way to the back of the stage! PM me if interested. Marty
T

This year they have added a room dedicated to headphone listening, also a Navigation App will be available for download. Which has got to be better than those little show handbooks they give you to carry around. As big and as spread out as this show is, everything helps. As does really good walking shoes.

Just another reminder that I have 2 more available tickets for the CSO on April 11th.
See posts #1 and #6
T

AXPONA gets over 50 new vendors. 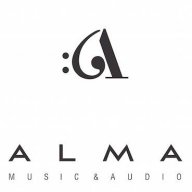 We're one of them Our first year at Axpona, with the Bergmann Galder/Odin analog combo.
Disclosure:

AXPONA 2019 Schedule is up.
http://www.axpona.com/sessions_byTrack.asp

asiufy said:
We're one of them Our first year at Axpona, with the Bergmann Galder/Odin analog combo.
Click to expand...
What’s your room number? I’ll stop by to listen and say hello.